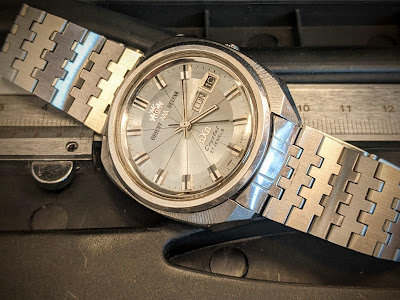 The "Deluxe" moniker was introduced into Orient's lineup in the mid 1960s, and was attached to the brand's "AAA" watches – possibly, to symbolize the use of a new generation of automatic movements, the caliber 49xx family.

To highlight this new collection of watches further, Orient added the "DXO" logo. This was the abbreviation of "Deluxe Orient". Most – but not all – Deluxe Orients had therefore carried the very elaborate branding of "Orient AAA Deluxe" plus the "DXO" logo on their dial.

The DXO family was home to a wide range of models, including a sporty Racer, a Swimmer, the Crystal, and some King Divers – among them, the mighty 1000 meter "baby Panerai" (which may have been a baby as far as Panerai were concerned, but for Orient was a real beast).

I have one good-looking DXO Crystal in my collection representing this line of watches. Let's take a closer look at it… 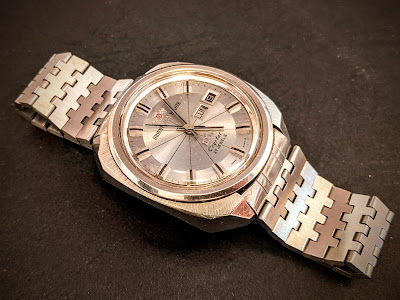 The watch isn't too small: case width is 37.5mm without the crown, which is a very wearable size, particularly considering the wrist presence of the very angular case. Lug to lug it is 40mm long.

Thickness is quite moderate at a fraction over 12mm. The sides of the case are designed to make it appear slimmer, as the side photo reveals. This combination of an arched profile and sharp lugs makes for a nicely sculptured appearance. 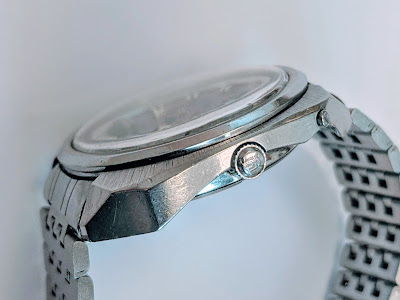 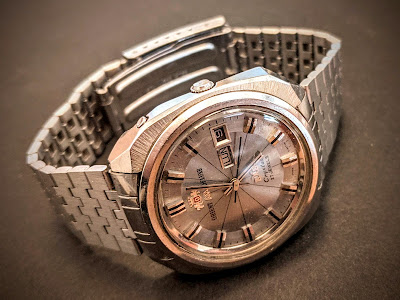 The main attraction here is the watch face, which is well worth zooming in on. What immediately catches the eye is that spider web design with lines stretching from the center of the dial to each hour marker. And then there are the lovely raised markers: not anything we've not seen before, but they are sharp and well made.

Complementing the markers are similarly styled hour and minute hands, and a second hand that also resembles the black stripes on the thicker hands. 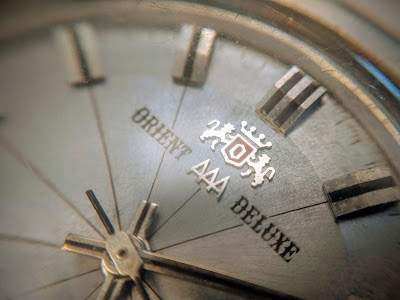 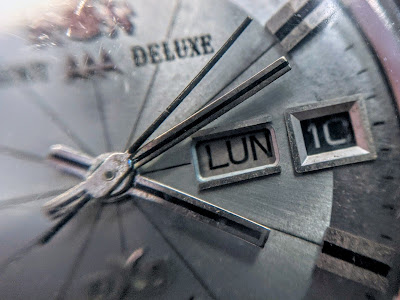 This model is equipped with a 27 jewel Caliber 4973, one of the many members of the 49xx family. This movement provides the time, date and weekday, and features manual winding – unlike some of the other caliber 49xx variants.

The main crown here does nothing in the first position. When pulled to the 2nd position it allows you to set the time – and this is also what you'd use to slowly set the weekday. Pull the crown to the 3rd position to manually wind the watch.

Thankfully, advancing the date is enabled by the pusher at 2 o'clock. Not so thankfully, the pusher is tiny, and using it to advance more than 2-3 days forward is really an annoying task. Clearly, it was made with daily wearing in mind, so owners did not have to use the date pusher too much – unless they had let the watch unwind and rest for too long. 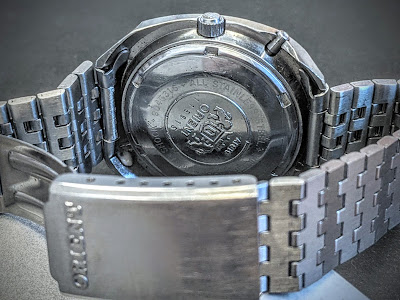 Overall, this Orient AAA Deluxe appears to be a very well-made watch. Considering the one I'm holding is almost 55 years old, it is quite impressive: the dial has kept its colors and various elements very well, and the movement goes strong. This particular specimen is also well kept, with sharp case lines and a beautiful original bracelet.

Good looking DXOs like this can be found for around 200-300 USD, and you can still find decent, perfectly wearable ones at 150-200 USD. I also occasionally see some DXOs being put on sale with much higher asking prices – but there's honestly no reason to pay much more than 300 USD for most AAA Deluxe pieces, unless a truly unique one or possibly, a NOS item. An exception to this rule would be King Divers, which fetch considerably higher prices due to their larger case sizes, and particularly - that rare 1000m diver. 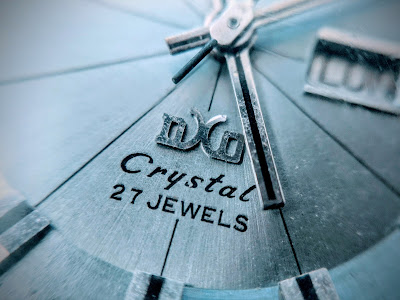 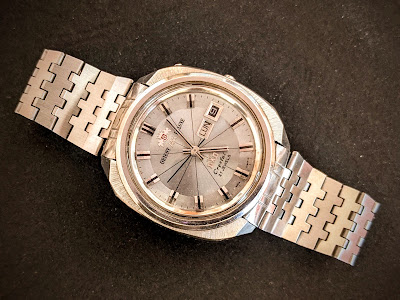