What do you know? Another year has passed, and the blog now celebrating its 4th anniversary! We're still running strong and not running out of topics to write about, new watches to review, and old mysteries to uncover. Time for our annual wrap-up then… 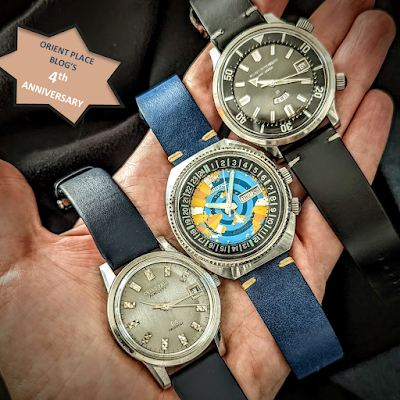 First, let's look at some stats. We've had about 122,000 views since the previous anniversary, a rise of 22% in traffic. Thank you, readers, followers, likers, sharers, and commenters! If the blog was trading on the stock exchange, our shares would be rocketing through the roof.

I recently ran a survey on my Instagram account, a sort of popularity contest between watches reviewed on the blog in the last year. Viewers voted for their favorite among eight watches – five of the current models reviewed, and three discontinued (but not particularly old) watches.

Lo and behold, the winner of the people's favorite: it's the Orient Star Retrograde, which in the final battle managed to beat the World Map re-issue with 60% of votes. 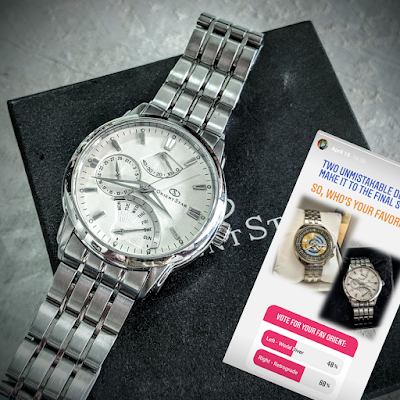 The most popular story of the last 12 months was the announcement of new "diver design" models, AKA "Kamasu 2", with over 3,000 views. Far behind, in second place was our hands-on review of the ever popular "World Map" re-issue with about 1,900 views, and in third place – the introduction of Orient's re-issues of the 1964 diver and the retro-future guitar. Generally speaking, then, it shows a major interest in the brand's new models! Well done, Orient.

The blog is active on social media: About 120 followers joined our Facebook page last year, now totaling more than 660, and while my IG account isn't solely about the blog, much of it does feature related content. The most liked Orient watch pictures featured on my Instagram account were the Royal Orient ref. WE0011EG (again... a photo of this beauty was also no. 1 in the previous year!), the Orient Star Classic Semi-Skeleton, and a picture of the 1964 Diver. 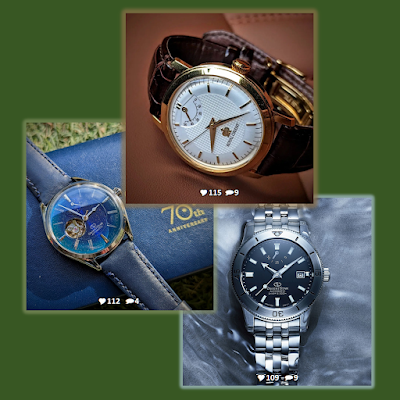 Okay then, that was all about last year. What now?

As Orient continues to produce new models, we'll try to keep up. There are a number of new models lined up to launch in the coming months, and there are also watches awaiting their turn for a hands-on review, which in the best tradition of the blog promises to be practical and insightful.

At the same time, we'll continue to take occasional plunges into the brand's history. I've collected plenty of old records and info, and have specific topics in mind, which I'll be covering in the near future.

Thank you all for following the blog, and keep sending in questions and providing feedback!

Orient's N-Type movement was presented and put to use in 1958. Despite being an important step forward for the brand, and powering some of its most prestigious models at the time, it was not long-lived, and its production ended in 1961.

As with most vintage Orient movements and watches, official info and original documentation pertaining to the N-Type is scarce. A bit of detective work was required to gather information, still leaving plenty of unknowns. 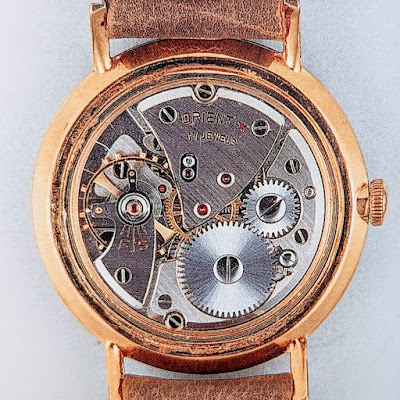 What we do know, is that Orient took great pride in this new caliber. It was considered a major advancement over the previous movements used by the company, primarily the T Type. A thin and modern movement for its time, it was intended to compete with the leading Japanese products, mainly Seiko's Cronos.

The new movement featured improved accuracy and reliability. It had a wider diameter than its predecessor and offered greater precision, and improved shock resistance. It also used the recently invented Nivaflex material for its mainspring.

Some say the first Orient to use the N-Type was a 1958 ultra-rare second iteration of the Royal Jupiter, which in itself was a super-rare higher-end version of the Jupiter.

In any case, Royal Jupiters of all sorts were short-lived and by end of 1958 were replaced by the more familiar line, Royal Orient. It was with these Royal Orients that the N-Type movement found its home.

Early Royal Orients came in a variety of shapes and dial versions, including some pretty fancy ones. These surely deserve, and will receive, a dedicated blog post later on. However, they all made use of the N-Type.

In 1960, a new iteration of the Jupiter name was deemed worthy of this high-end caliber, and so received the N-Type movement as well. 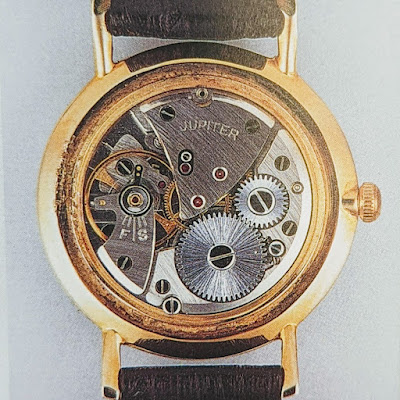 In 1961, Orient introduced the new generation of the N-Type movement with a date wheel – rendering the no-date version granted to the Jupiter somewhat outdated, and less of a generous gift than might have appeared in the first place…

The new movement was installed in three levels of watches: the "Lucky Calendar" which was slightly more pricey than the Jupiter; the yet-more-expensive Royal Calendar; and the top of the line Grand Prix Calendar.

In addition, a high jewel-count version of the no-date N-Type movement was used to drive a new "Special" Grand Prix. 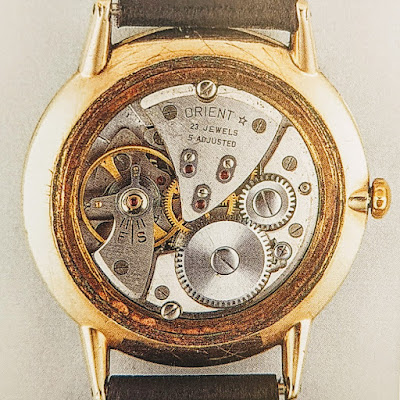 Like Orient movements before it, the N-Type was not wholly original, and its architecture was based on the 1955 FHF 73 caliber (by Fabrique d'Horlogerie de Fontainemelon).

The FHF had various bridge designs, and the one chosen by Orient was similar to the Delvina/Delbana version, also used by other brands. You can see a sample of this movement below, being very much identical to the Orient movement, except it clearly says Swiss...

Orient adopted some variations of the original FHF designs, including the later FHF 73-2 (with a date wheel). They manufactured both the version that had balance screws, and the one that did not, as well as both 17 and 21 jewel versions – again like the original caliber they used as a basis. 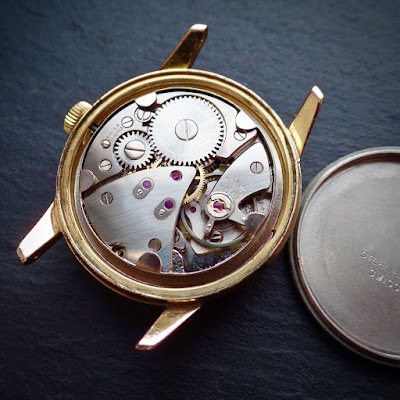 Later on, Orient did play around with jewel count, adding a few to the high-end models (as high as 25 jewels for the Grand Prix) and removing a few for the simpler implementations, like the 1961 Jupiter.

All N-Type variants beat at 18,000 BPH, and were hand-winders. Indeed, it was the introduction of automatic movements into Orient's line-up that eventually led to the early demise of the N-Type movement.

Pictures of the N-Type movements that appear on this post were taken from the 1999 Orient Watch Catalog book.