Earlier this month I wrote about Orient's retrograde watches. I usually like to follow such stories with some hands-on review of an actual model, and this one is no exception… So, without further ado, I give you the Orient Star reference WZ0041DE! 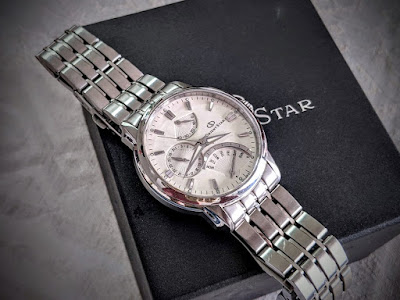 This watch does not need much time to impress, in fact – it only takes one quick look to start admiring it. Admiration that grows when you begin examining it more closely. We'll dive into the details shortly, but I think the thing about it that drives that immediate appreciation is a very precise, appropriate ratio of metal shininess to subtle dial space.

You can also talk about harmony and balance and proportions. But I guess another, even better way to put it would be: it's a pretty little machine, really. 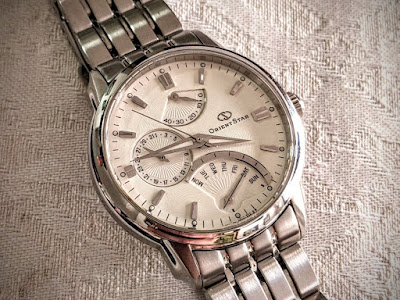 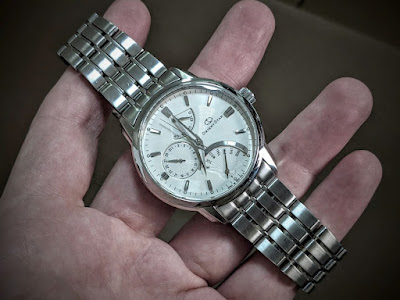 The markers and other dial elements – most dominant of which is that arc secluding the retrograde weekday display – are beautifully executed, and reflect light in a near-Grand-Seiko-like manner of sparkle.

The hands are relatively simple, but just as well executed. The big hour and minute hands are lumed, as are the small dots next to each hour marker. Other, smaller hands, are not – and thankfully so, leaving the nighttime view uncluttered. 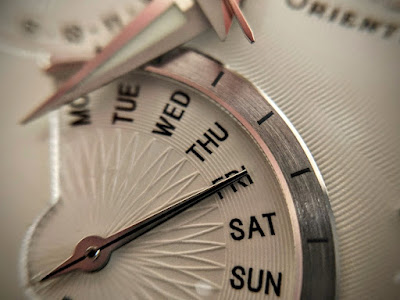 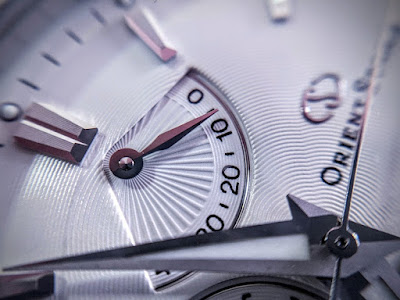 Behind, on the dial surface, Orient has provided plenty of intricate textures to keep matters more interesting. So, on the broad surface of the main dial you get wavy concentric shapes that change into circles around the hour track. The weekdays sub-dial is decorated with a flowerlike relief. The date and power-reserve sub-dials are adorned with simpler geometric shapes.

While looking very cool under the macro lens, these textures also have a positive impact on how the dial appears from a couple feet away. They do not just create a pleasant matte look, but because of the varying textures also produce differences in the shades of white around the dial. It's effects like this that make the Orient Star look more expensive than it is. 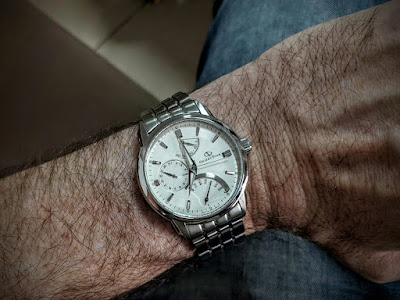 On the wrist, the WZ0041DE is very comfortable. It might be thicker than most dress watches at 14.3mm, but talking in absolute terms this is still very acceptable – similar to many dive, sports and chronograph watches.

The other dimensions of the watch are all very restrained, being 39.5 mm wide without the crown, and 46mm lug to lug – perfectly wearable on most wrist sizes. It would look good on smaller wrists, whereas the visual mass of the steel bracelet prevents it from looking lost on bigger arms. That said, it might be a good idea for people of larger wrists to stick with versions such as this reference, which come on a bracelet, and avoid the ones that come on a leather strap.

Speaking of bracelets – this one here doesn't just look good, but is really solid and well made. It definitely adds to the wearing comfort of the watch. 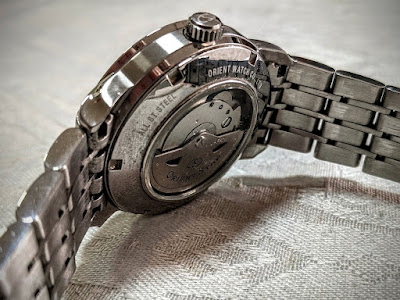 The movement, as mentioned in the previous post, is caliber 40A50. Other than the retrograde complication, it operates very much like other movements in the caliber 40 family, with both automatic and hand winding, and second-hand hacking. The date and day are both adjusted from the crown, in the second position, while time is set in the third (outmost) position.

One important thing to note, in case you buy this watch without its original manual: while most non-retrograde variants of the caliber 40 family allow you to set the date and day after 2am, here (and in other Orient retrograde models) you should not change the date between 10pm and 4am. Indeed the rule of thumb for most mechanical watches is, to set the date after 6am – but do take extra caution with this watch.

The movement offers no particular decoration, making the view from the back fairly unexciting. Don't expect to see any of the perlage and Geneva stripes found on later models. 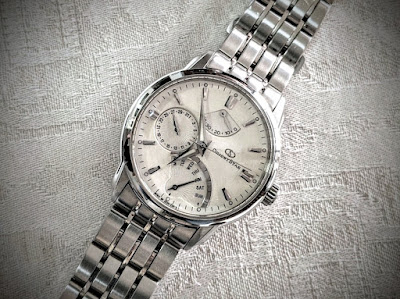 To sum it all up – the Orient Star ref. WZ0041DE is a great example of the brand's retrograde watches. It looks great, is well made, and its myriad complications and decorations will ensure you won't get bored with it so quickly – or at all.

I would like to thank Orient fan and friend of the blog, Mr. Itzhak G., for allowing me some time to play with, and take photos of, his personal Orient Star Retrograde.