In watchmaking, "retrograde" refers to a hand that moves along a path (typically, an arc), and after reaching its final position – jumps back to the starting point. This, as opposed to the usual continuous movement of hands around the circle of the dial, or of a sub-dial.

That little jump adds a certain degree of difficulty in the design and construction of the movement. Note that the typical arc movement of a power reserve indicator is not a "retrograde", as the hand moves smoothly in both directions, and does not jump at any point.

Orient has produced one base caliber that features a true retrograde hand – to which two near-identical variants had been added over time. Today we'll focus on Orient watches that use this movement. 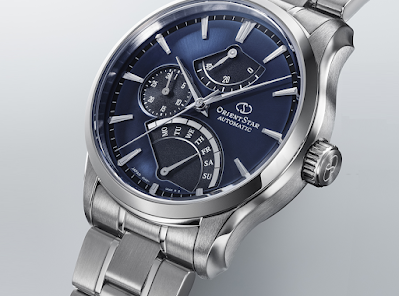 The base caliber 40A50 is a unique example in Orient's history where a complication was only ever implemented in a single movement – so far. This movement, introduced back in 2009, is now celebrating its 12th anniversary and shows no signs of retiring anytime soon.

The movement features central hours, minutes, and seconds, a date sub-dial at 9, the famed power-reserve indication at 12, and retrograde days of the week at 6.

The retrograde movement only ever featured in Orient Star and Royal Orient models, never in a regular Orient model. Its Orient Star version was denoted "DE", and offers a standard Orient accuracy of +25/-15 seconds per day, whereas its Royal "JD" equivalent offers +10/-5 seconds accuracy. Other than that – likely more due to careful regulation at the factory than any mechanical differences and some decorations, both calibers appear to be the same.

The first models of the OS Retrograde were presented in 2009, and more similar references were added between 2010 and 2015. They differed in colors and straps but shared a common case construction, featuring a 39.5mm wide case that was 14.3mm thick, and 46mm long lug to lug. 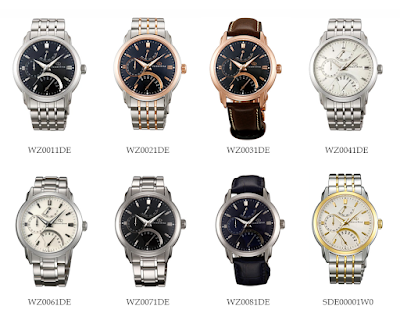 In 2016, Orient presented a new OS Retrograde model, featuring what the brand referred to as the "classic" case. The new case was 40.5mm wide, 47.5mm long, and 14.7mm thick. Interestingly, water resistance here was reduced from 10bar in the original mode, to just 5 bar.

The movement in this model was a slightly modified variant, named 40A52 – in which the only differences seem to be a slight re-orientation of some of the sub-dials: the date sub-dial now has "1" at the top, rather than "31", and the week-day retrograde arc has shifted slightly to the left.

In 2019, added a new batch of retrograde watches under its "contemporary" line-up. These actually use a case very similar to original models, and having the same dimensions – and also retaining the 10 bar water-resistance. However, the dial layout is different, as this model also makes use of the updated cal. 40A52.

Note that as both cal. 40A50 and 40A52 are technically identical, models using either movement have "DE" in their reference codes. 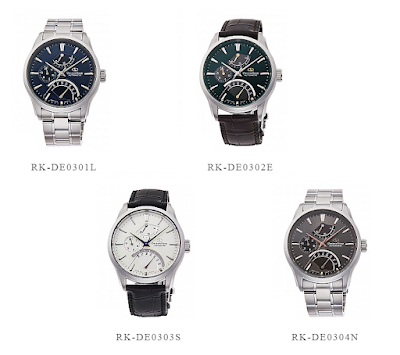 2014 saw the launch of two Royal Orient watches carrying the more finely regulated and decorated version of the retrograde movement: caliber 40B50. Reference WE0011JD featured a black dial and steel bracelet, while ref. WE0021JD had a white dial and leather strap.

These references both used a stainless steel case measuring 39mm across, 47.3mm lug to lug, and 13.2 mm thick, and featuring fine "Zaratsu" polishing. The very fine finishing is evident in every aspect, such as the hands, markers and other dial elements, as well as the exhibition case-back and bracelet. 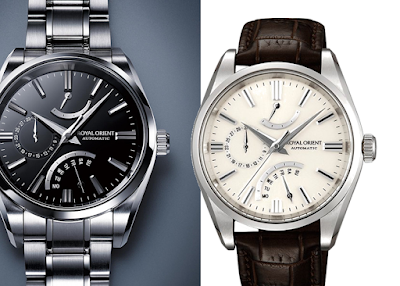 One other Retrograde model was produced by Orient for DAKS, as part of the cooperation between the brands. Two references were presented – WR0011DE with a white dial, and WR0021DE with a black dial and golden bezel. These were manufactured to Orient Star standards and used the OS movement. 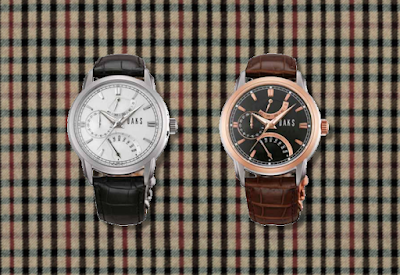 The caliber 40 family is aging. Nowadays, One expects new Orient Star models to feature movements from the F6/7/8 family, offering 50 hours of power reserve or more – compared to the current retrograde model's 40 hours.

Is it possible Orient will simply ditch the retrograde, as it did the GMT? Well, it hasn't done this so far – which may be an indication of the popularity of this movement, or at least the importance which Orient sees in having this fairly unique complication in its collection. We're hopeful then that when the time comes to retire cal. 40A50, it will be replaced with a new modern movement – and hopefully, also one that is a little thinner…!