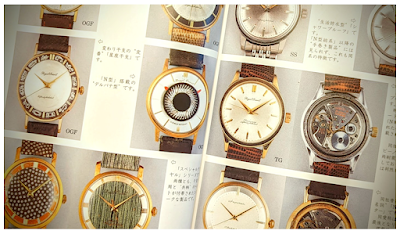 Modern Royal Orients managed to gain, throughout their unfortunately short production period, a reputation for high quality and fine finishing. Looking at vintage Royal Orients, their distinctiveness is sometimes not as clear. So this blog post is dedicated to some very unique Royal models of old (Late 1950s, to be precise) – ones whose special flair cannot be denied. 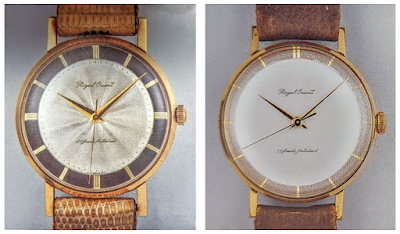 Take these two innocent-looking pieces, in the picture above. Not so innocent when looked at more closely – the one on the left has some pretty intricate circular texture on the lighter part of its dial. The one on the right is encircled with a "wrinkled" textured gold leaf, providing a suitably fancy background for the hour markers. 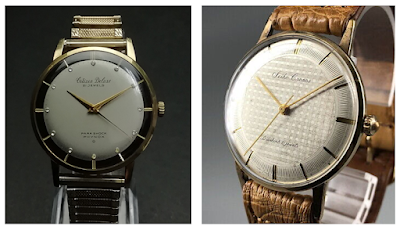 Orient did not invent these design elements. Take, for example, two contemporary high-end models from competing Japanese brands: The Citizen Deluxe boasts a two-tone, "tuxedo" dial, while the Seiko Cronos features some delicate patterns on the inner dial as well as the hour track.

Orient did, however, go to lengths to deliver some unique twists on these common themes. Here are two very rare designs, offering unusual dial designs. 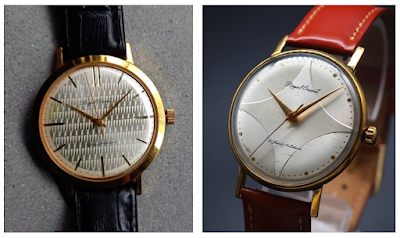 Or, if tuxedo dials are your thing, here are two variations on this concept. The one on the left is presented with the then-common proportions, having a thinner outer white section, making the dial look bigger. The model on the right – the "Royal Orient Highlight" – dares to be different by giving the white a little more space. This actually makes for a very eye-catching appearance, and is the inspiration for the modern reissue fondly known as the Oreo. 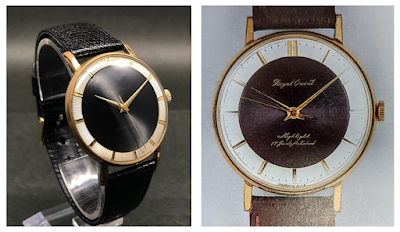 Looking for yet bolder stuff? Then how about these two crazy watches. Complete with standout dials and matching straps, they take the concept of Royal Orient to extravagant extremes. 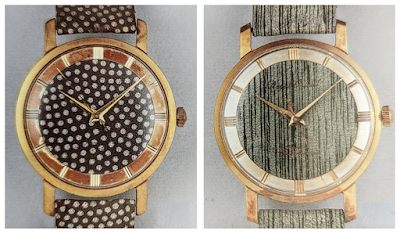 Not so bold, but very elaborate, are these astrologically themed models featuring the twelve signs of the zodiac on the circumference of the dial. Keep in mind these watches were around 35mm in diameter, so these illustrations are tiny! They do add a lot of character and interest to the dial, though. 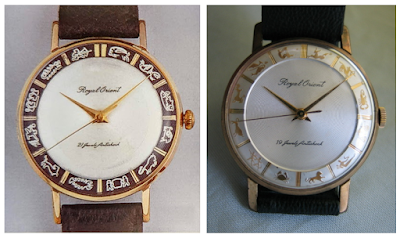 Last but not least, and one of my favorite Royal Orient designs, is this "mystery dial" model. Here, a black disc with diagonal cuts covers the middle of the dial. Instead of a second hand, you have a rotating plate with oppositely running diagonal lines. When the watch is running, the diagonals combine to create a unique radiating effect. You can watch a video of this effect, here! 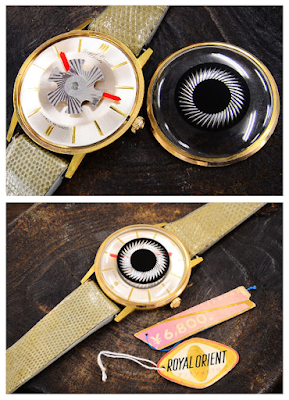 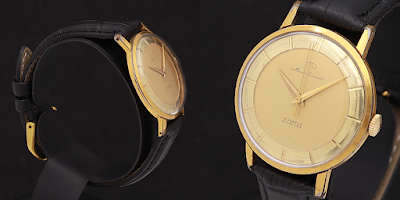 Among the various model and sub-branding names used by Orient throughout the years, "Mars Orient" was among the shortest lived. It was introduced in 1957, and its production ended in 1958. And yet, during its short life, it shone bright.

The Mars Orient was produced in a number of versions, differing in materials and design, but most significantly – the movement. Only two little stones separated 19 jewel models from 21 jewel models, but this was enough to position them almost like two different watches, the latter costing almost twice as much as the first. 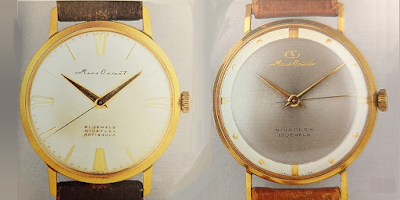 All Mars Orients utilized the Type T caliber, and were among the last models to use this movement. Only the Women's Orient Star Dynamic and the Para Aimant, which relied on the smaller diameter of the aging movement, kept using it till the end of the 1950s.

The more basic 19j Mars models were generally priced around 4,500 – 6,000 JPY, which at the time was about the same as top-of-the-line Orient Star Dynamic (which came before it) and 19 jewel Royal Orient (which followed in 1958). 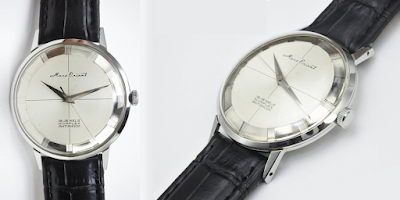 These Mars Orients came in a number of variations: there would be either Stainless Steel or Gold-Filled, and either with – or, more rarely, without an Anti-Shock mechanism. Dials designs differed too, and even the branding was not identical in all products, as some featured the Orient Star logo while others did not.

Higher upscale were the 21j Mars Orients. These were less common, and fewer versions were made, all equipped with Anti-Shock devices. The basic model was priced around 9,000 JPY, more than the most expensive Royal Orient back then. A more elaborate version, featuring the Orient Star logo and a uniquely textured dial, cost 9,770 JPY – remaining the most expensive Orient for years to come, until the 1961 launch of the Grand Prix. 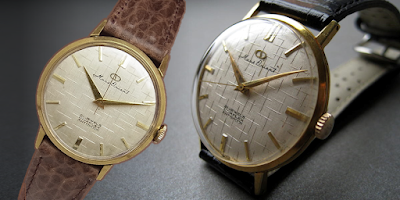 So what was so special about these that made them such expensive watches? While the movement was essentially the same old T-type with two more rubies, these got "5 Adjust" marked on them, meaning their accuracy was regulated for five different positions. Finishing was probably the best that Orient could produce at the time.

Still, the actual difference between, say, a 19 jewel anti-shock-equipped gold filled Mars Orient and a 21 jewel one, appears to be less dramatic than pricing would suggest; and certainly, asking price for a vintage Mars nowadays would depend more on the condition of the item than on the movement version. 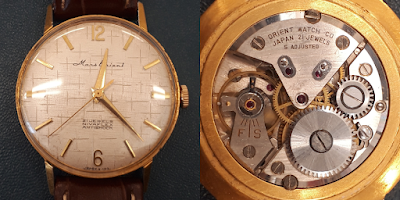 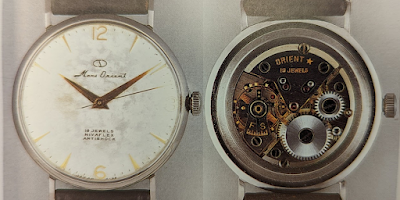