If the story of the rarest Orient of all has whetted your appetite for obscure, legendary unicorns from Orient's past, today we have another one for you. Today we'll talk about the Orient Tenbeat, a watch that we've actually touched on briefly in this old post concerning the Orient GM. 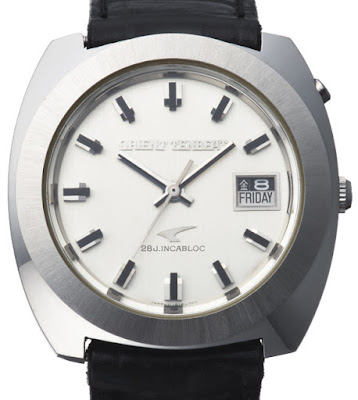 First, a little watchmaking history. The race for movements with faster frequencies heated up in the mid 1960's, as both Swiss and Japanese manufacturers were aiming for the 5 Hz, or 10 beats per second, goal. The benefit, presumably, would have been higher accuracy than the then-prevailing 2.5 or 3 Hz calibers; the cost, most likely, greater wear of the mechanical components.

While Girard Perregaux were first to hit the target in 1966, Seiko did not take much longer to come up with their own competitor, cal. 5740c, which in 1967 was placed inside the brand's Lord Marvel watch (which, by the way, I have as well – it's super smooth to this day). 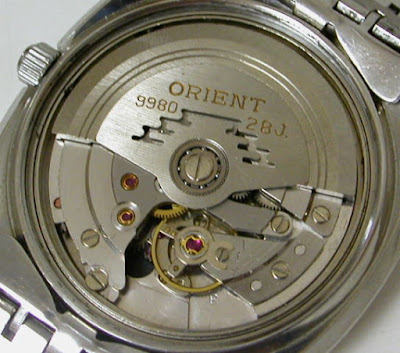 Orient seems to have taken much pride in that caliber, mentioning it in many lists of historical achievements advertised by the brand. While there is very little "behind the scenes" information from that era in Orient, the movement does not seem to bear much visual resemblance to Seiko's 5740 or to Citizen's 7230, so it was likely all or mostly engineered in-house. If that is true, it is evidence of Orient's technical prowess.

The watch itself appears to have been quite nice, featuring a cushion case, a simple yet attractive dial, and the day and date presented one on top of the other in one large window. Both day and date had a quickset option, one from the crown and the other using the pusher at 2. 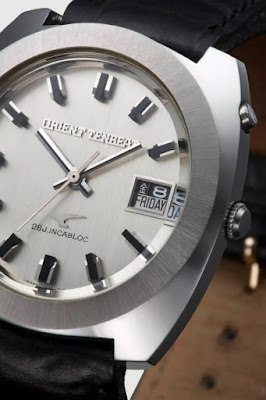 Like in the case of the "rarest orient" WE0011DU, there are hardly any real-life photos of the Tenbeat available. The only ones I could find were posted years ago by this museum shop in Japan. 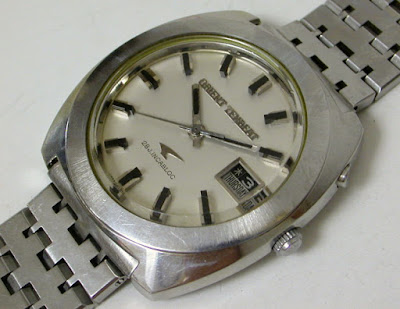 Once again, this watch is beyond rare. Its footprint is so faint it almost does not exist at all. And yet, surely, some Tenbeats must exist, somewhere! So if you ever come across one – keep quiet, try not to scare it; take a picture of it, mark the place where you saw it, and move away carefully. Oh, and share all the details with me!