It is a time of anniversaries – the blog's second (as posted a couple of weeks ago) and Orient's 70th – so why not look at one other anniversary celebrated by Orient a few years ago – that of the Multi-Year Calendar.

Remember the story of the multi-year calendar? It might not be the brand's highest watchmaking achievement or its most celebrated model, but it is definitely one of Orient's most recognizable designs, which has been associated with the brand since its introduction in 1965. 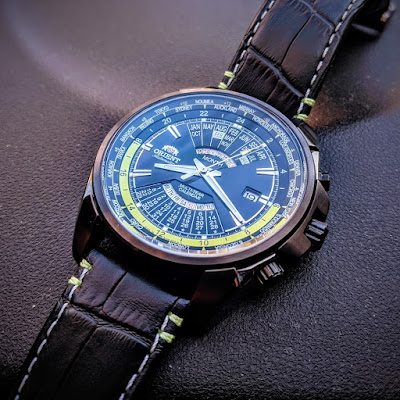 And that is perhaps why Orient chose to produce a special anniversary piece for this of all models. Reference EU0B005B (sometime listed as SEU0B005B or FEU0B005B) was released in 2015 as a limited edition of 2,000 pieces.

Largely similar to other references in the multi-year line up of the mid 2010's, the anniversary edition is characterized by the black IP plating of the steel case, the black dial with the yellow lower (daytime) half of the inner 24-hour ring, and the matching yellow-stitched black leather strap.

The caseback has a dedicated inscription, mentioning this being the 50th anniversary model, and the watch's number within the 2000 units produced. 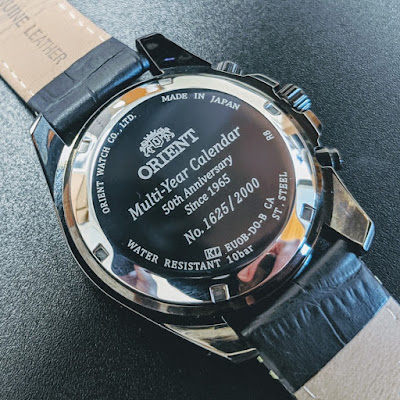 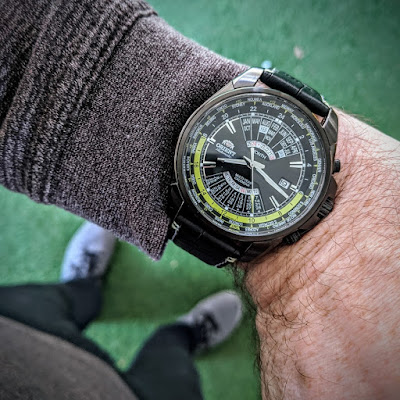 This is a fairly large timepiece. Officially the diameter was listed as 45mm wide, however it measures close to 44 and I'm guessing an extra millimeter was added in respect for the crown guard. The watch measures about 53mm lug to lug, and is a tad over 12mm in thickness. Add the black and yellow color scheme, and the impression you're getting is very sporty, almost aggressive.

The crystal is hardened mineral, and the crown screws in. The watch feels properly tough and well made. Water resistance is 100m. The hands are lumed and you also get lume-dots at the hour markers, so it's also quite legible. 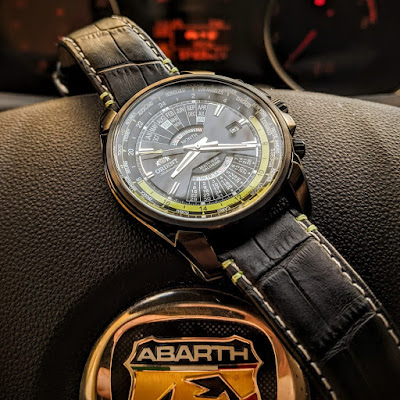 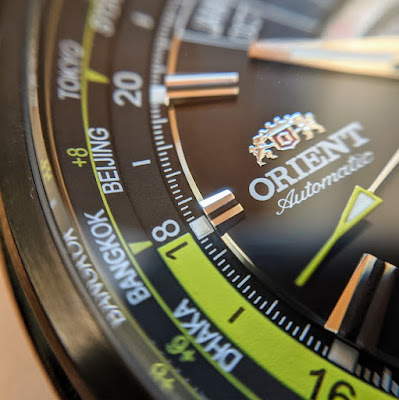 Now, what makes this line of watches from Orient stand out is the very busy (some would say "interesting" or "informative"…) dial. It's all quite functional though. Let's take a look at what you actually get there.

The outermost ring is a classic GMT listing of main cities around the world, each representing a different time zone. While this is not a GMT watch and the 24 hour ring does not rotate, it can be used as a tool for quick time-difference calculations: using the crown at 4, the wearer can place the timezone where he resides next to the current time (on the 24-hour ring, not the actual hour hand). Then, look for a different city to tell the time in that timezone. 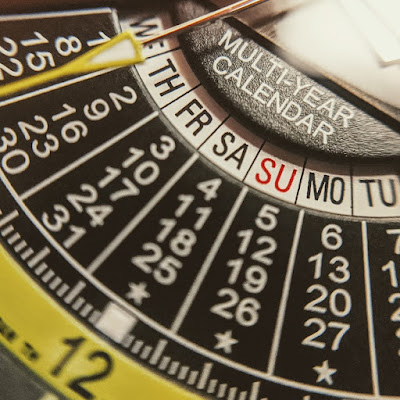 Then there's the star of the show, the multi-year calendar itself. Operated in this model via the push-button at 2, every click of the button advances the calendar one year. Simply place the year under the appropriate month at the top half of the dial, and you'll see that month's weekdays presented over the matching dates at the bottom half.

Of course, every new multi-year model needs to have the year wheel updated. This particular watch covers 2015-2036. So it's good for quite some time yet!

Inside the watch runs caliber 46D40, a reliable old-school Orient movement. It is self-winding only, no hand-wind option, and no hacking. It's got the time and date, and a 40-hour power reserve. Accuracy specs are -15/+25 seconds a day, as usual with most Orient movements. 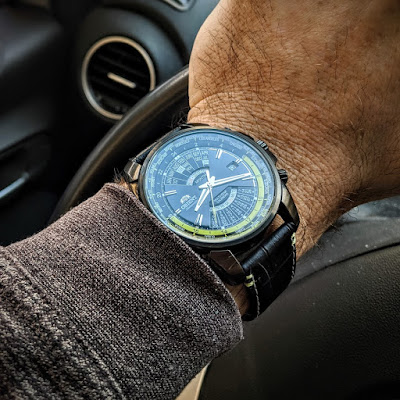 So – there you have it, a nice watch with the limited-edition-cool-factor, which is sort of limited by the fact that it really isn't that limited, at 2000 units… But overall it's a solid watch that can serve as a proper beater, feels sporty and just tough enough without being too bulky. It's not particularly better than the regular unlimited multi-year calendars, and the above text is generally true to most of them.

If, however, you like the collectors' value of an anniversary edition, then this is a decent watch to look for. While it's sold out on most online shops, it is still quite easy to find sellers on Ebay and other sites offering this model, either used or new. An unused watch would be fairly priced at around 400 USD. Or just go for one of the unlimited editions, generally priced below 300 USD. 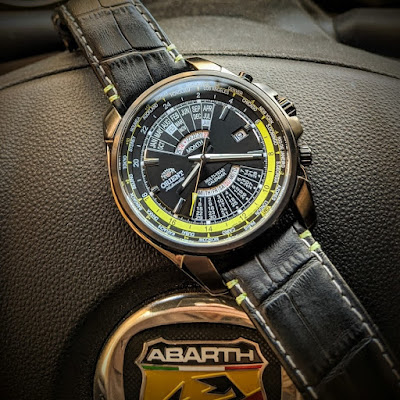