Earlier this year, Orient presented the lovely, and very faithful, reissue of its classic Weekly Auto Orient King Diver. The models were initially made available with a Kanji day-wheel.

Pictures of the same model with an English day-wheel were already available, and today the English versions are officially added to the product line-up. The new versions should be available to purchase starting July 2, 2020. 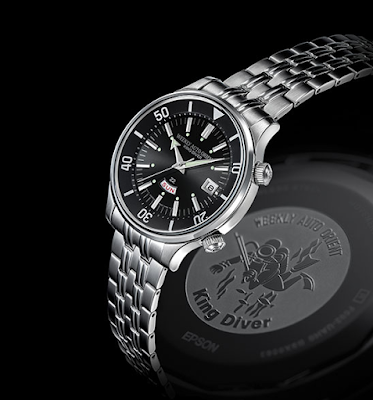 No English version would be produced for the "Jaguar Focus" version, which will remain available with a Kanji day-wheel only. 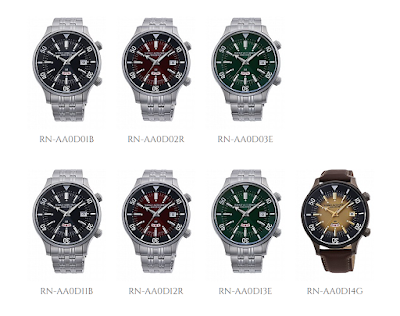 Take note of these differences, and when ordering online, be sure to examine the photo and reference number so that you will be getting your preferred version. The English and Kanji variants are all priced the same, at around 400 USD.

That's it for this short update... More King Diver content is coming up soon... tomorrow!

We've noted that the international release of the King Diver does, in fact, include an English version of the Jaguar focus as well. So, you can get the black, red and green, as references RA-AA0D01B, RA-AA0D02R, and RA-AA0D03E, respectively; and, the Jaguar Focus version, as ref. RA-AA0D04G. Good news then!