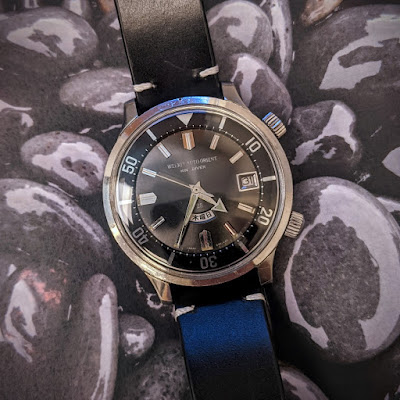 A couple of weeks back I've posted a short review of Orient's early dive watches. Today, I will focus on my own favorite Weekly Auto Orient King Diver. A model that apparently also became a favorite with Orient's current management, as it was selected to one of a few models to have a modern re-issue version, released in celebration of the brand's 70th anniversary.

Let's go from the inside out, shall we? The movement driving this Orient was caliber 660, one of Orient's first automatic movements. It was quite unique for a number of reasons.

First, it was based on an earlier Orient hand-winding movement, used for the Royal Orient, already an indication of high quality. On top of that base movement, Orient placed an automatic winding system in which they rather cleverly adopted the Pellaton design, developed in 1950 and used by IWC. That was considered to be the most efficient winding mechanism at the time.

Secondly, it was a large movement, 30 mm in size, which together with the King Diver's inner rotating ring design dictated a substantial watch by those days' standards, quite larger than Seiko's and Citizen's divers. As a result, the watch looks super modern even today, and its re-issue hardly needed to be any bigger than the original. 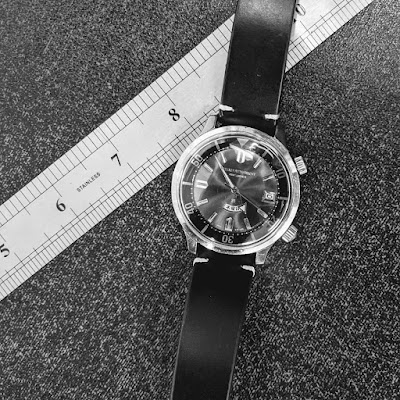 And then there was that large Kanji day-wheel, which gave the watch its "weekly" moniker. It definitely added charm to the watch and made it more all the more interesting.

The watch built around the movement was equally attractive and unique. Orient adopted the dual crown "super compressor" style for it, even though it was not actually constructed as a super compressor. The case was sealed like most Orient cases, and its depth rating was a then-standard (for divers) 40m.

Dimensions, as mentioned, were on par with modern sports watches: 43mm wide, 50mm long from lug to lug end, and just under 14mm thick. 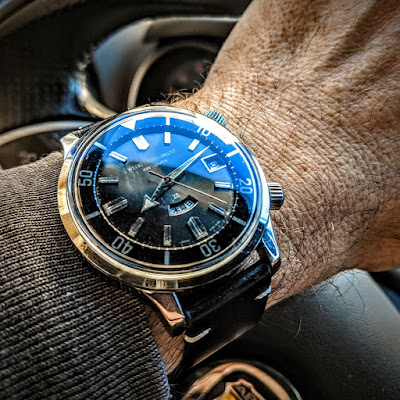 The dial is a lovely variation on classic dive watch esthetics, with that inner bezel, sharp markers, and arrow hands. Everything stands out nicely against the slate sunburst dial. Note that Orient had kept this watch in production for four years (between 1965-1969) and during that time it was sold with three different dial versions. There was mine (pointy hour markers, no lume dots), and there were two versions with squared-off markers and lume points next to each marker – one with the dots on the minute track, and one with dots on the inside of the hour markers.

Most importantly, at least on my personal King Diver, everything seems to have stood the test of time really well. The movement runs smooth, winds well manually and automatically, and is accurate enough (under a minute a day) for a 55-year-old. I consider that accuracy "not worth servicing at this point".

The markers and hands are pretty with very subtle signs of age, as is the dial. Other than the faded dial text and naturally degraded lume paint on the hands, it is really is mint. 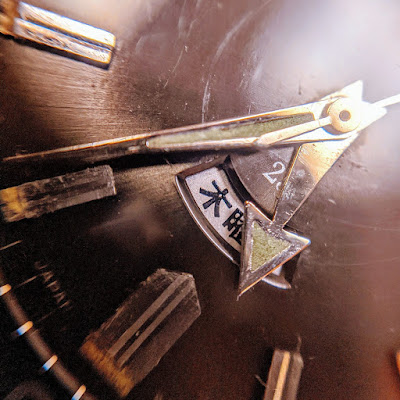 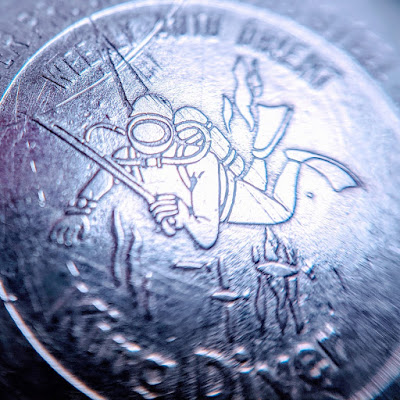 Today, asking price for original Weekly Auto Orient King Divers is usually well above 1,000 USD. A watch in decent condition could fetch as high as 1,500 USD, or more. However, you could occasionally find good ones at better prices if you happen to find an auction that's overlooked by other collectors. I bought mine at an excellent price, way below the above figures – I know I say this quite often, but shopping is an art! – despite it being in excellent condition and only missing the original bracelet.

While far from being a common watch, it is not as rare or as difficult to find online as one might think. What to look for when buying: an original inner bezel (I've seen some that were a complete mismatch); a good movement in working condition (finding parts for this caliber could be tricky); and preferably, a clean crystal, as it too can be hard to replace I hear. 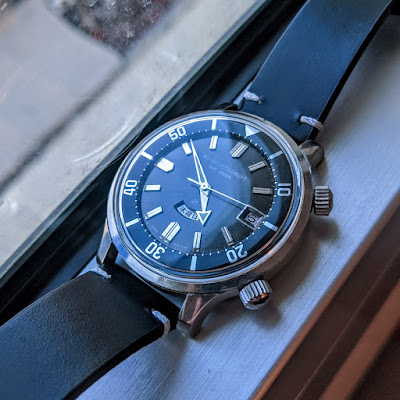 And if you can't find one, well, the re-issue seems a very acceptable substitute, true to its origins and well made.