Take a Walk on the Wild Side: Orient Watches of Brazil

Most of us tend to think of Orient as a purely Japanese brand. While this is mostly true, there is an exception to the rule: Brazil.

Brazil was the first country to have an Orient Watch assembly line outside Japan. The local plant was established in Manaus in 1978, employing staff specially trained in Japan. Over the years, this operation became the largest manufacturer of automatic watches in Brazil, so much so that many locals started to believe Orient was actually a Brazilian brand.

Orient also became one of the most remembered brands by Brazilians. The brand earned several awards from the Brazilian annual "Top of Mind" survey, which tests for public brand recognition. So, not really threatening to undermine Rolex's stature, but still a decent achievement…

However, the most interesting fact about Orient Brazil, is that much of their local production consists of unique models, produced and sold exclusively in the country. Some of these models use modern Orient movements, some rely on older generation calibers (like the trusty 469), and some even use non-Orient (!) movements.

Below are three examples of these unique pieces that I find particularly appealing. 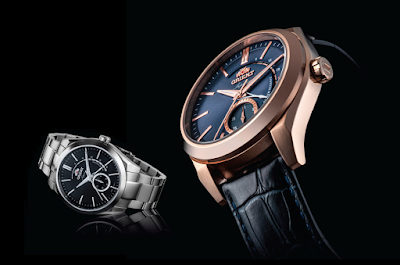 If this dial layout seems familiar, you're probably right. You've seen it as caliber 4R57 driving a number of models in the Seiko Presage line. Difference being, over in Japan these are 42mm-wide watches, selling at above 500 USD. The Brazilian version is a healthy 45mm in diameter, and at the current rate of the Brazilian Real (local currency), costs about half as much.

The nice gold-toned version in the picture is ref. NE5GC001 (and yes, the NE prefix is an indication of the movement). There are a few other references. Apparently, the model is NE5, then G indicates the gold tone – whereas S indicates steel and R indicates rose-gold. There you go, we're learning Brazilian reference coding too! And they're quite different from the Japanese annotation.

Looking for a new Orient 300m diver? Well, look no further than ref. F49TT001! This beast features a 47mm titanium case and ceramic bezel, comes with both a titanium bracelet and rubber band, and is limited to 1000 units. Crystal is mineral, mind you. The price: 1,600 Real, which at the current rate is a little over 300 USD.

The movement, as the name hints, is Orient's cal. F49, the 469 replacement. While reliable and robust, this is a very rudimentary movement with no hacking or hand-winding. Yet, for this price, I find this model offers immense value.

Remember the old Orient Speedtech models from Japan? So, the good people down in São Paulo took the concept further and added SeaTech and FlyTech models as well.

I really like these FlyTech chronographs in particular for their properly aircraft-inspired design. I have no idea what movement drives them (quartz, obviously) but they are impressive titanium monsters measuring 47mm across, and seem a fair offering for their current price of roughly 300 USD. 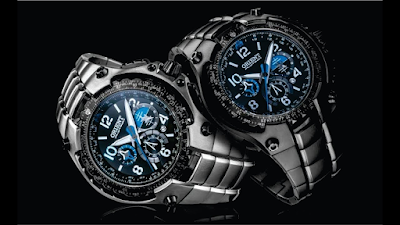 Generally speaking, the Orient Brazil line-up is very diverse, and not all models there would have much appeal for the sort of watch buyers who are interested in Japanese Orients. The collection covers many different designs, for men and women, some of which – to be honest – appear to have a very loose connection to the parent brand.

And yet, some real gems are hidden in the Amazon forest... some local customers clearly have a preference for big tough watches that contain tough old mechanical movements, and that is a formula that might produce surprisingly satisfying results.

The Brazilian Real nosedived recently, from over 0.3 USD in the past few years to under 0.2 currently. This represents a unique opportunity to acquire one of these Amazonian beasts at a very low price – that is, if you can find a Brazilian seller willing to ship overseas. And it seems most of them, at least officially, are not allowed to do so.

But is the price misleading? What sort of quality can we expect from these watches, manufactured so far away from the Japanese quality control and management? Well… you're in luck! The blog's got its hands on one of the most sought after Brazilian models, the venerable "Netuno" 500m diver! And you can expect the full hands-on review, here on the blog – soon. 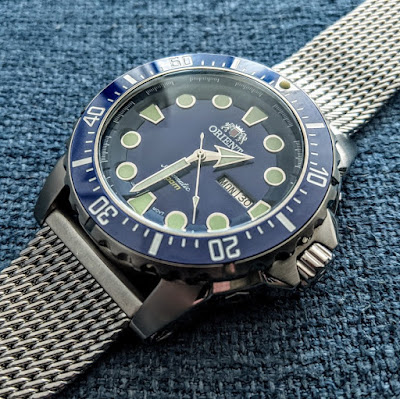 All pictures are taken from the Orient Brazil website and advertisements, at https://www.orientrelogios.com.br/ except for the last photo of the Netuno taken by the blog.