Following yesterday's announcement of the new M-Force and Sun & Moon watches, here's a brief overview of some of Orient's other recent announcements – most (but not all) of which are new color schemes and variations of existing models. 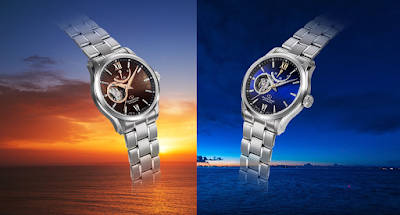 First up, we get three new references in Orient Star's Contemporary semi-skeleton watch family. Ref. RK-AT0009N, RK-AT0010A, and RK-AT0011A, feature grey, brown, and blue dials, respectively – the latter two being in "butterfly shell" as the translation from Japanese goes (presumably, this is like Mother of Pearl). 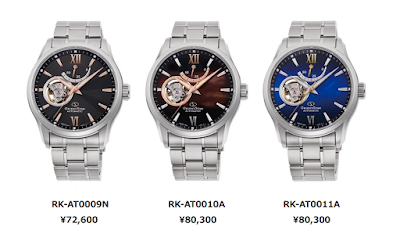 While MOP dials are often associated with ladies' watches, the darker shades and the style of the 39.3mm wide case put these on the "men's watches" shelf (although, obviously, all watches are unisex by nature and anyone can wear anything). 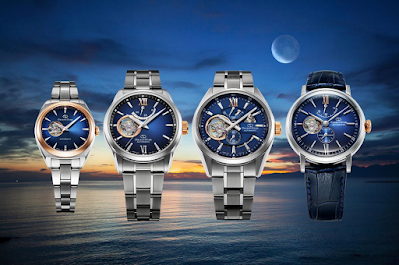 Orient have already released several watches under the "moving blue" tagline last year – and now, here are a few more. And why not, as this seems to be a worthy collection and a very attractive dial color. 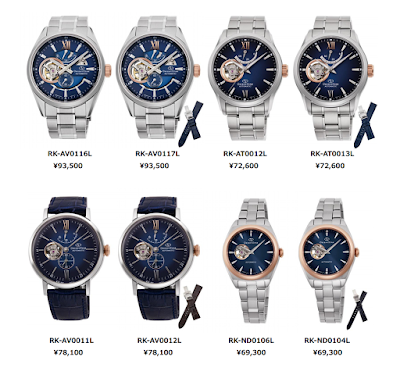 Each of the models comes in two distinct references, one being the global version – and the other being a limited Prestige Shop model. The only difference seems to be the extra leather band provided with the Prestige Shop models, despite costing the same.

Last but not least, Orient have presented five new variants of their solar-powered "IO" branded watches for women. The differences are subtle, and these are all light-colored dials, elegantly designed, 27.6mm wide watches, costing around 200 USD. 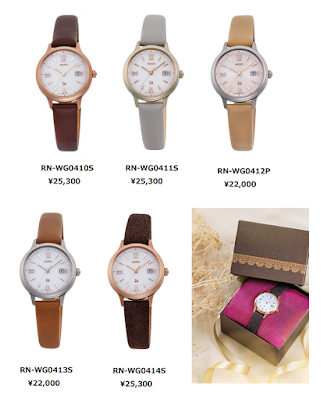