We all like to celebrate our anniversaries (until we start feeling too old, that is…) and so very often do watch brands. Orient, founded in 1950, celebrated its 60th anniversary in 2010 with a bunch of very cool limited edition pieces. 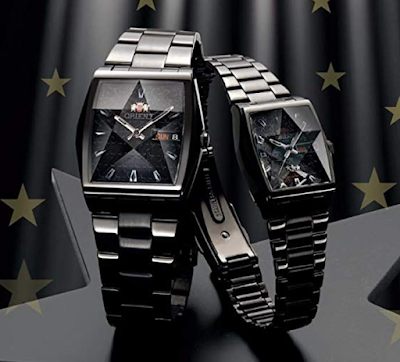 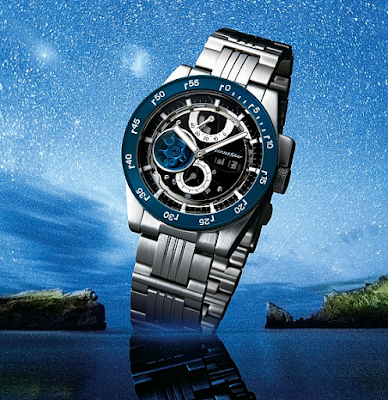 Then there was the impossibly hard to find, Royal Orient ref. WE0011DU, limited to only 12 pieces. More than just a unicorn, this is a legendary beast never seen in the wild. Other than its catalog photos, I have yet to see proper wrist shots of the WE0011DU. If you ever come across one, please share with me! 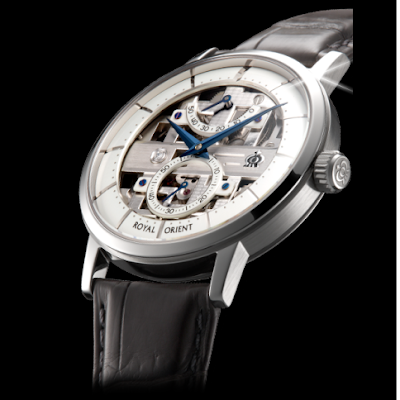 For my personal collection, I picked up the more classically elegant of the 60th anniversary releases – ref. WV0021DT. I think this might be one of Orient's nearest to perfection dress watches to date. 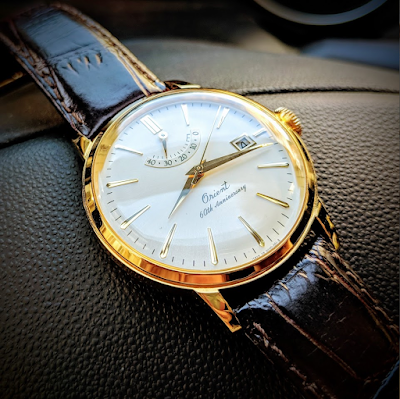 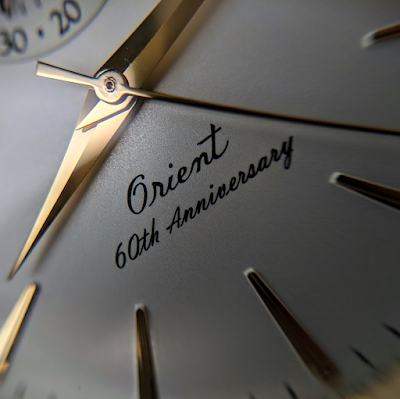 This model does include two more unique elements, one more obvious – the other hidden inside. Immediately apparent is the use of a vintage version of the Orient logo; while I have nothing against Orient's current logo, I know many people dislike it, and there is no doubt that the logo on this edition looks classy and really matches its dressy nature well. 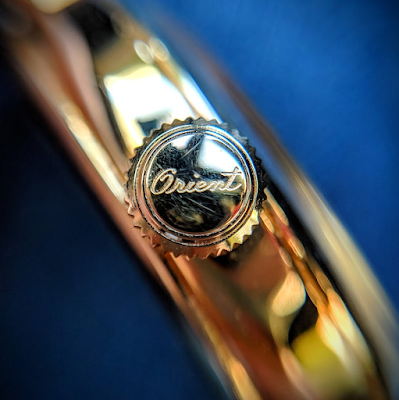 The second unique component is the hand winding movement Orient chose to use with this model. Orient does not often use hand-winding (i.e. no automatic winding) calibers in its modern pieces. In the last decade it had one such caliber that was being used with slight variations in a number of watches, most recently the "Monarch". However to the best of my knowledge all recent Orient hand-winders, such as the Monarch's caliber 48C40, were time only (plus power reserve) – whereas the 60th anniversary caliber 48N40 features the date as well. 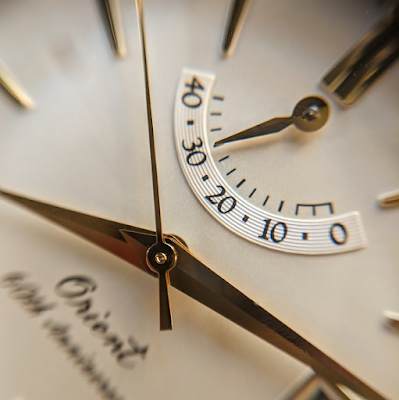 A perfect dress watch then, suitable for celebrating the 60th anniversary of a brand well known for its dress watches. The ref. WV0021DT, and the non-gold-plated version WV0011DT, were each limited to 1,500 pieces – and can still be found occasionally on EBay and various online stores at mostly reasonable prices (500-600 USD) for used items, and higher if claimed little or no wear. 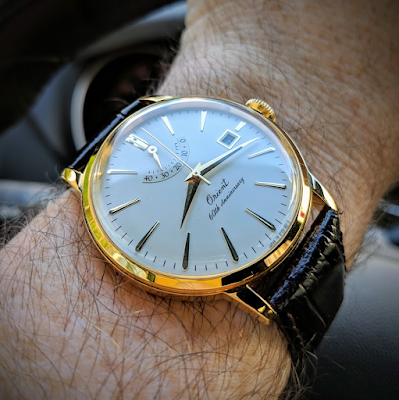 It is also worth mentioning, that with the abundance of models released by Orient in 2010 (both anniversary editions and other new releases), there was also one miscarriage, a model that was spoken of but never actually released: a 60th anniversary limited Orient Star Classic Retrograde. Who knows what this watch would have been like? Well, Orient, your 70th anniversary is just around the corner – you can still surprise us!

* All photos of the WV0021DT are mine; photos of other models featured above are taken from Orient's catalogs.