While Orient might be better known for its highly popular Mako and Ray dive watches, it is the M-Force line that, in my opinion, stands out as the brand's most iconic diver, thanks to some unique design elements that have remained in its DNA throughout 20 years of evolution.

Orient introduced the first M-Force in 1997. Its name, short for "Mechanical Force" was intended to both boast its mechanical movement as well as signify its robustness. The first generation, generally known as EX00, featured a lightweight titanium case with a classic Orient layout including the crown at four, date adjustment pusher at three, and a power reserve indicator. 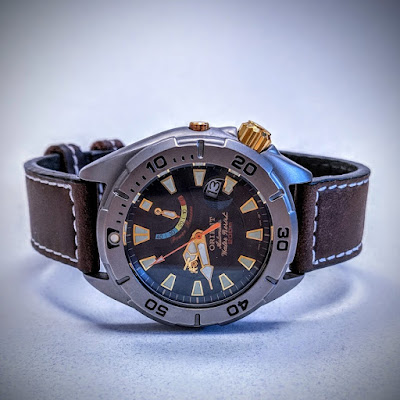 Later that year Orient introduced a second version of the M-Force, this time in a steel case, crown at three, and an internal rotating bezel for adjusting weekday to dates, known as EX01. Both EX00 and 01 were presented with a number of different dial colors. Here below, for instance, a cream-colored dial, taken from Orient US site. 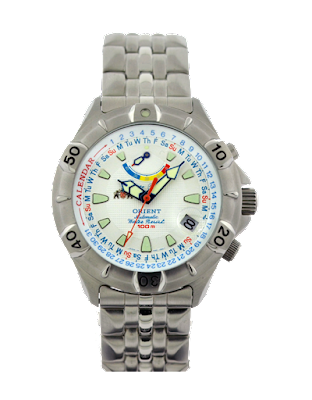 Two new versions appeared in 1998, known as the EX03 and EX04. The 03, like the 01, featured an internal date bezel, but let go of the external divers' bezel. The 04 took on a different look, resembling the famous Seiko Tuna (catalog photo): 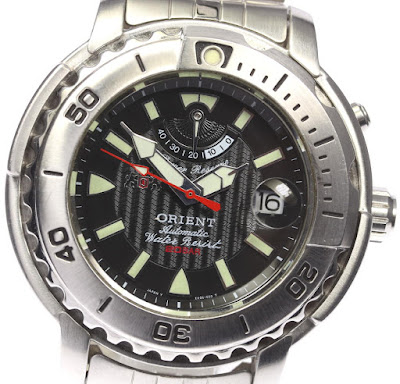 And yet another version was introduced in 1998, the EX0X. And then another – starting a new reference prefix, EY! EY01 featured an internal bezel (this time a GMT bezel, like the white-dial model below, taken from an old sale post) which could only mean one thing… 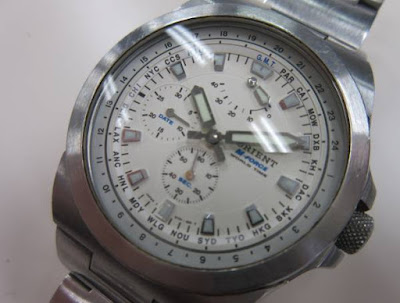 …that's right, it meant another version with a divers bezel also needed to be released! Yep – that was the EZ00 series. Also from the same year. It seemed somebody over at Orient's design department had hard time choosing which design to launch, so they just let it all go to production, and as they say, "may the best design win". Here, for instance, is the WZ0021EZ – very pretty indeed. 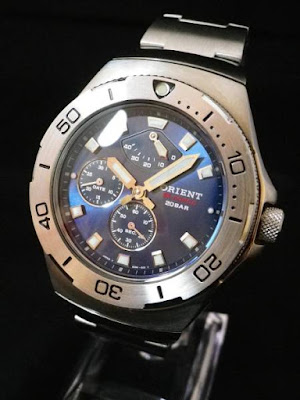 Now, the abundance of versions released in those early years means you have a very good chance of coming across some M-Force or another available for sale – but, to find any particular model you might be looking for, is near impossible. Or at least, requires a lot of patience, the sort which is typically measured in months, if not years.

That early outburst concluded around the year 2000 with the EY02 models, and finally the M-Force 300m 50th Anniversary World Time LE. Then came a long decade of calm, until suddenly in 2011 Orient decided to re-introduce the M-Force moniker, with the EL line.

In between, Orient also released the only M-Force version which did not include a power reserve indication (although it was the first Titanium M-Force since the EX00), in the DV line of movements.

The latest editions of the M-Force were released in 2016 with the "Bravo" version (photo below). Then finally in 2018 the M-Force line was terminated (or, perhaps, just put on hold?...) and replaced with the Orient Triton. 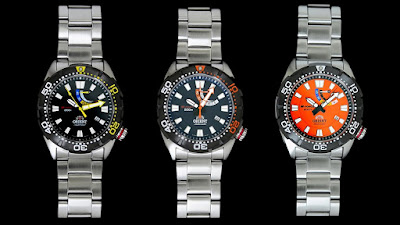 My personal M-Force is a first generation EX00 Titanium. Originally purchased haphazardly as I was looking for a lightweight sports watch to take on a hike a few years ago, I got it at a very low price as it lacked its original bracelet and (so it seems…) had its original bezel replaced at some point. And yet – there's no denying this is one handsome piece of wrist gear! 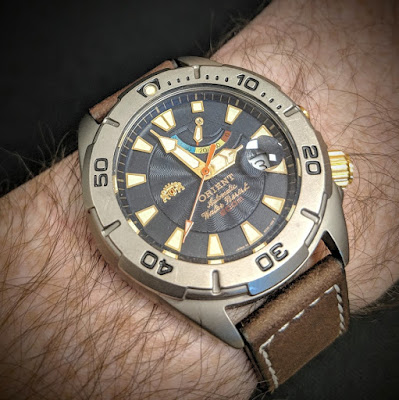 The thing is pretty, and as the ad said, it sure is robust - well, at least it withstood that hiking trip safely, mountain climbing, river crossing and all… The reliable Orient caliber 46G ticks away happily and fairly accurately, and the Titanium case is superbly comfortable. 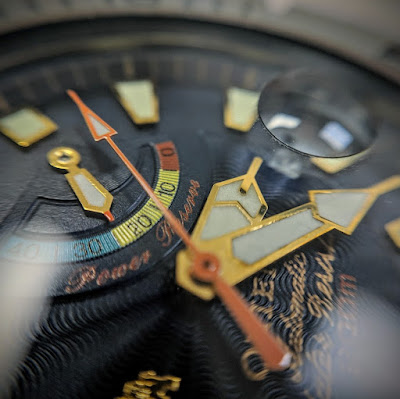 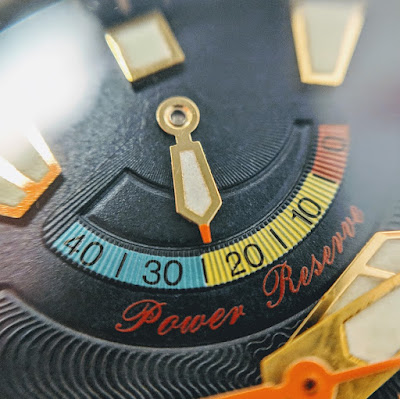 The gilded crown and pusher might seem a little out of place, but… they make perfect sense when turn the watch around :) 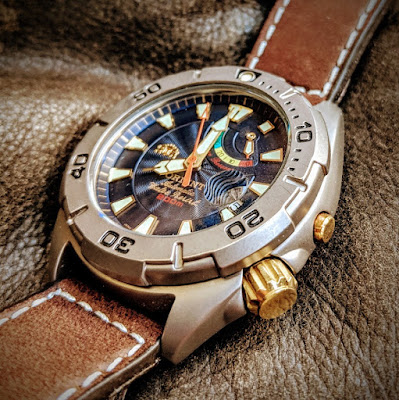 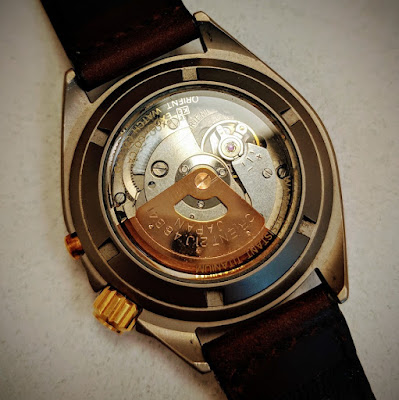 Even the lume is good and bright, 23 years after it left the factory. Generally speaking, despite so much going on around the dial, The watch is quite legible at all conditions, as a proper dive watch should be. 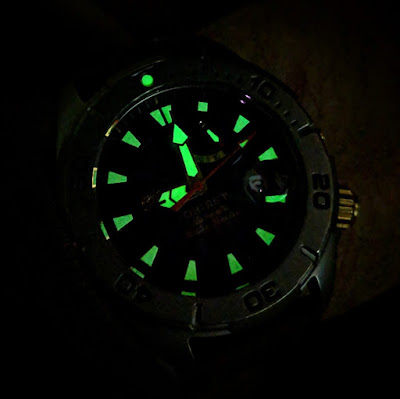 The Triton definitely has a lot to live up to as the successor of this acclaimed lineage. But anyway, the M-Force isn't going anywhere, and as rugged and reliable as it was built to be I'm expecting to see those M-Forces sticking around well into the future.