Message From Orient to the Blog Readers

As we reported yesterday, the blog had been approached by Orient, who kindly offered us access to information and resources. For our anniversary, we asked whether an Orient executive would agree to share with us some of their thoughts about the past, present and future of the brand. We received a very positive response from Wiebke Bird, Senior Business Manager at Orient, which we can now share with our readers.

About Orient's independence as a brand

“ORIENT became a wholly-owned subsidiary of Epson two years ago and the brand has been supported, both in terms of distribution and marketing, ever since. ORIENT continues to produce all its automatic movement in its own, dedicated factory in Japan, with some assembly in its China-based factory. It is very important for us to maintain ORIENT’s independence in this regard. In fact, the last two years have seen ORIENT’s watch lines consolidate and focus on the models we do better than anyone else with great value for money, quality movements and distinctive designs. ”

“This is especially apparent in further additions and developments in the ORIENT Classic collection, which our fans have dubbed the ‘Bambino’. The ORIENT Classic with Small Seconds (RA-AP0003S) is available in five variations and is a great addition to the iconic ORIENT ‘Bambino’ offer. More recently the ORIENT Classic Date (RA AC0009S and RA-AC0008S) has expanded the appeal of the ‘Bambino’ with a smaller, 36.4mm case and a bracelet strap that attracts both male and female ORIENT customers. 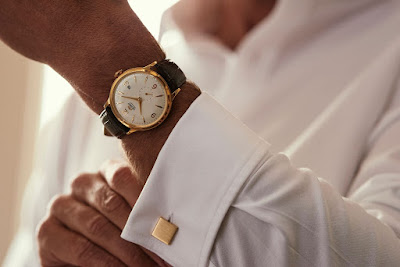 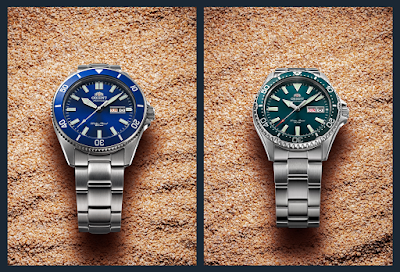 “At a higher price point, the ORIENT Sports JIS 200m Diver – launched in 2018 – continues to wow thanks to its automatic in-house Calibre 40N5A with a 40-hour power reserve and indicator. The black and gold-plated stainless steel variant (RA-EL0003B) is perhaps the most coveted. 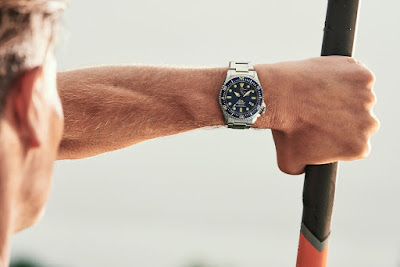 “Our distinctive Sun and Moon models, which were introduced seven years ago, have developed year-on-year with the latest variation featuring an ‘open heart’. This model from 2018 represents the first time an ‘open heart’ and Sun and Moon complication were put together on the same ORIENT dial. There is also a new model to look out for this summer – the RA-AK03 – with design references that refer back to the original ET0P design, but with a more contemporary feel.”

“Last year saw the evolution of ORIENT STAR in a number of ways. The ORIENT STAR Heritage Gothic (RE-AW0006S) has captured the imagination of long-term and new collections thanks to its revival of the gothic font used on an original ORIENT STAR model from 1957. This year, we are pleased to introduce a new ORIENT STAR Heritage Gothic (RE-AW0006L) with a rose gold-plated stainless steel case, deep navy dial, finely detailed white accents in the chapter ring, and a calfskin strap. This piece is limited to 1,000 worldwide. 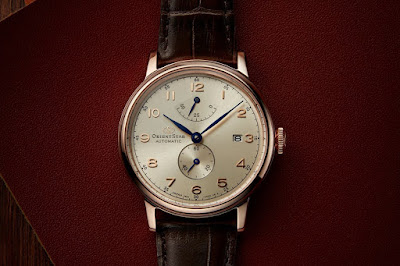 “There’s also the ORIENT STAR Modern Skeleton (RE-AV0003L) – the hero timepiece of this year’s ORIENT WATCH Showcase in Basel. It contains the automatic in-house Calibre F6F44, with a 50 hour power reserve and indicator. 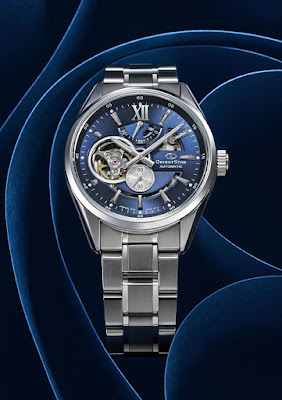 “We are pleased to launch the first ladies’ timepiece in the ORIENT STAR collection too – the 30.5mm ORIENT STAR Cygnus (RE-ND0006S and RE-ND0007S). It took our watchmaking specialists many months to refine a new movement for semi-skeleton, based on the Calibre 55C40. Polishing and finishing such a petite design is a challenge, however our highly-skilled craftsmen made it possible at an affordable price. The timepiece has a classic design with a bombe dial and box glass, resulting in a soft and feminine silhouette.
“Looking ahead, ORIENT STAR will be expanded with the ORIENT STAR Sports Outdoor (RE-AU0201E) – a take on the classic field watch design. It offers a 50 hour power reserve, anti-reflective sapphire crystal, water resistance of 100 metres and second hand hacking. Those who appreciate the field watch will also enjoy the new successor models to ET0N, the ORIENT Sports Field (RA-AK0401L), which will be available this year with NATO-style and leather straps. ”

“We are pleased that orientplace.blogspot.com is offering a destination for ORIENT fans around the world and we look forward to seeing more reviews of our timepieces in the coming months.”

And yes, we definitely intend to post more reviews of new and old Orient watches, here on the blog! We thank Orient for sharing this information with us (and the photos presented above), including those interesting hints concerning upcoming models.