As previewed exclusively on our recent post, new models are today being announced officially by Orient, all bearing the "Orient Star" badge.

The limited edition Heritage Gothic comes in rose gold-plated steel case with a navy blue dial. It's a classic combination that's become very popular recently, and other than the white date window it looks very good. This version, ref. RK-AW0005L, is limited to 1,000 units, of which 300 will be sold in Japan and 700 available worldwide. Price is about 750 USD. 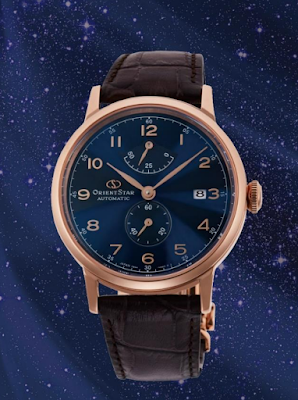 Two new models will be added to the Contemporary Semi-Skeleton line-up. This family of models that contain the Orient's latest 50 hour movement was originally introduced on bracelets only, and the new models would be the first to be offered on leather strap, with a folding clasp – slightly reducing their official price to around 570 USD. 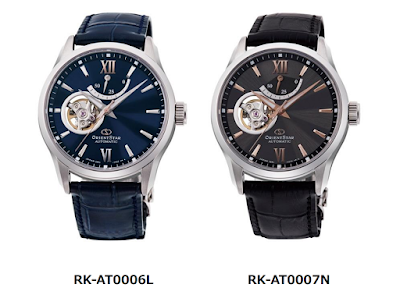 Last but not least, two new models are added to the Ladies' classic semi-skeleton. These elegant 30.5 mm models have until now been offered with Roman numerals on the dial, and the new models feature Arabic numerals for the first time, which may appeal to many.

Both models feature a nicely convex silver dial, with ref. RK-ND0006S featuring a gold-plated case and priced at around 450 USD, while RK-ND0007S is stainless steel and will set you back around 410 USD. 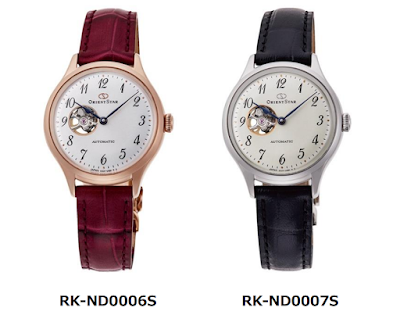 So, that's it for today – keep following the blog for more news and updates!