This blog often likes to look at some of Orient's more unusual watches: rare JDM releases, Orient Star limited editions, vintage unicorns. This time however, we will do what many of our readers might actually very much appreciate, and review one of the brand's current mainstream offerings: The Kamasu.

Orient "Kamasu" (Japanese for Barracuda) is one of the brand's latest iterations of the iconic dive watch configuration, alongside the slightly larger "Kano". These replace the highly popular Ray and Mako.

In this review we will take the liberty of ignoring the previous generations of Orient divers, and simply judge the Kamasu for its own merits. In addition we are going to look the truth in the eyes and make a small confession: we are not divers. And we are not judging this as a diver's watch. We see the Kamasu the same way most of its owners would: as a daily, sporty, versatile watch that can take a splash. 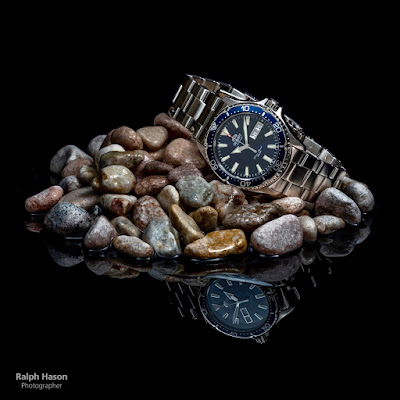 The watch we received for review is the blue dial / blue bezel model, officially Orient Sports Diver Style ref. RA-AA002L. Its steel case is 41.8mm wide (without the crown), 46.5mm long (lug to lug) and 12.8mm thick. It comes on a 22mm wide steel bracelet that locks with a push-button deployant clasp. Inside is Orient's caliber F6922 automatic, which hand-winds and hacks, and features a central second hand, date and day. Its "dive watch" features include 200 meter water resistance, a screw-in crown, and a 120-click unidirectional bezel.

The Kamasu looks good. The dial is deep sunburst blue, and tends to play on the range between navy and almost black, depending on the light – however, this effect is fairly subtle and does not detract from legibility. The large hour markers are clear against the dark background and nicely proportioned, as are the hour, minute and second hands. The red tip of the second hand would be the only different color most days of the week, except on Sunday – that's when the weekday is also printed in red. 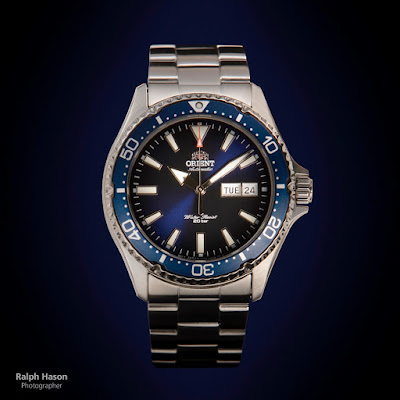 All in all, no complaints in the looks department. It's a classic dive watch design, wearing a handsome color scheme.

The Kamasu feels, for the most parts, a solid piece of metal. It's got nice heft and presents itself rather convincingly as a robust watch that does not ask to be handled too gently. It's not too shiny or glitzy, and coupled with a sapphire crystal and Orient's reputation for making reliable watches at this price range, it definitely passes as a proper tool watch.

Some loose ends remain though, in the form of hollow end links (although as such they too seem fairly solid), and a slightly wobbly crown – a known feature in some of Orient's dive watches (as well as some other brands). The crown wobble is rather restrained in this model though, and limited by the crown guards, so it is largely unfelt. 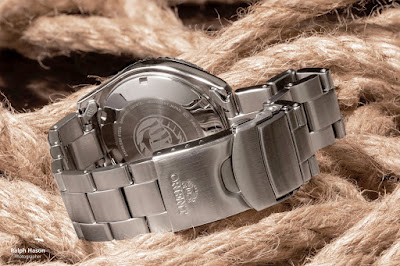 Other than the end links, the steel bracelet feels solid, and so does the clasp. None of those is particularly sophisticated or aiming to imitate a luxury product, instead they are made to be simple, functional, and apparently – long lived.

The Kamasu wears well. The case dimensions are just right – not too small, not too big, and should fit the majority of wrists (and the people connected to these wrists). On my 7.25" wrist, it seems perfect. 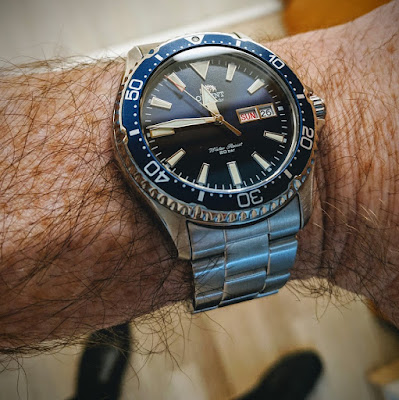 The underside of the watch, including the clasp and crown guards, is very smooth throughout – and comfortable. I've had experience with cheap clasps that felt very irritating on the skin, but here it's all good. The crown too, is not too big and should not bother even people who like to wear the watch very close to the edge of the wrist.

The first thing most people would play with when getting a new watch is the bezel. Bezel action on the Kamasu is excellent. It presents just the right amount of resistance to turning, with almost zero play and a good healthy click.

Next is the crown action. Unlocking is easy enough, however screwing the crown back in does occasionally take a little playing around to engage. Winding feels somewhat rougher than I expected, and pulling the crown to the second position (to set the date) was a little tricky and usually had me pull the crown all the way to the third position (time setting) before pushing it a little back in. If working the crown had been something a person does more than once a day (at most) it would be a weak point for the watch, however as it stands being an infrequent operation – it is no big deal. 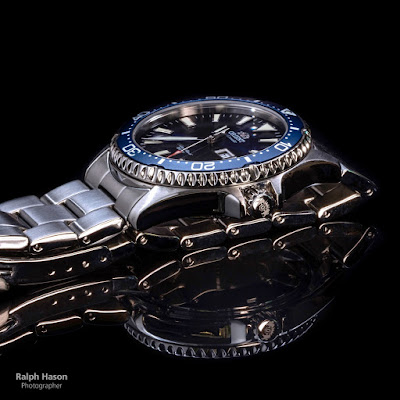 Once wound and set, the watch works well. As mentioned it is highly legible, and boasts decent amount of lume paint on the hands and markers, so reading the time in low (or no) light is easy. 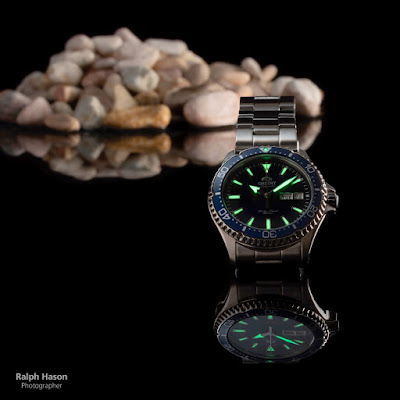 We have measured a deviation of +5 seconds per day on our unit – well within the -15, +25 specs. Also it's worth noting that while hand winding via the crown felt a little rough, the auto winding is smooth and quiet, with no unwanted rotor noises.

The Orient Kamasu is officially around 400 USD on bracelet (and around 360 on rubber). Most stores currently offer it online at around 280 USD. For this price you get quite a lot of watch, considering the 200m rating, sapphire crystal, ample lume, decent automatic movement and overall specs and quality. 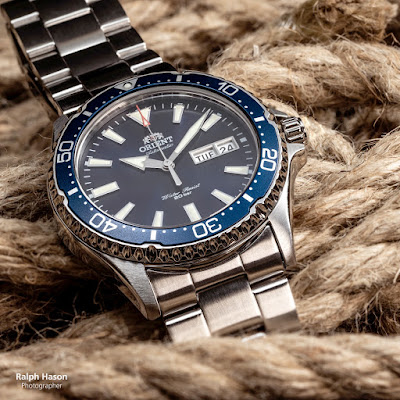 While looks are subjective, everyone who saw the watch we reviewed seemed to like it. It is classic, mostly mainstream one-size-fit-all type of design, with some features that elevate it even higher, primarily that cool blue dial and good looking hour markers.

The only noticeable drawback we noted was the crown action; other elements that could be improved upon, such as the hollow end-links, are all understandable and expected given the price point. 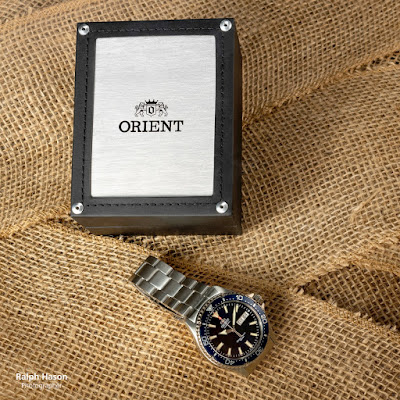 The blog's verdict: another excellent dive watch from Orient that should satisfy anyone looking for an everyday wear that's nice enough for the office, and tough enough for most other daily activities. There are alternatives at this price point (from Seiko, and several micro-brands, for example), but the combination of looks, specs, and well proven reliability of the brand's offerings, rank the Kamasu fairly high among them.

The blog would like to thank Orient – Epson Europe for providing us this blue Kamasu for review, and Ralph Hason, for the excellent product photography.