Orient are well known for their automatic watches, and they also offer a nice range of quartz and solar chronographs. However, they are not the first manufacturer that comes to mind when one thinks of automatic chronographs.

Yet on a few rare occasions, Orient did engage in production of automatic chronographs, under the Orient Star badge – and those weren't half bad. In fact, they were pretty good! Not least because of the beating heart inside of them: Seiko's caliber 6S. 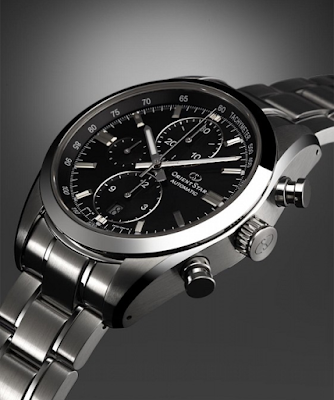 Seiko had been producing chronographs since the 1960s. When they introduced the caliber 6S chronograph movement in 1998, they had a lot of experience which was put to good use in the design; they also had very high aspirations as far as aiming for top quality, as 6S shared much of its engineering with the Grand Seiko 9S family of calibers, developed at the same time.

To make a long story short, that was a great success. The 6S proved to be a fantastic movement, so much so that Seiko ended up selling its design to Tag Heuer who used it as the basis for their caliber 1887. Until Seiko retired the caliber 6S from its own production lines it was used to drive some very fancy watches, like the Flightmaster (SBDS001) and a number of high-end Credor chronographs.

And it was this superb movement that Orient chose to build their auto chronographs with.

The DS line of chronographs was released in 2007, as the "Clubman Chronograph" – following up on a previously released line of "Clubman" orients (don't worry, we will post an article covering the whole "Clubman" line, in the not-so-distant future…). It made use of the caliber 6S37 – a variant of the 6S that featured a power reserve gauge. 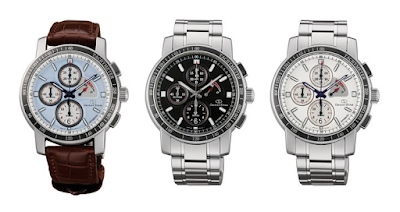 The Clubman chronographs were fairly expensive as far as Orients go (close to 3,000 USD), and their production was probably limited – while they are not officially a limited (numbered) series, their current scarcity alone indicates the low volume of production.

A few years passed and in 2012 – shortly before production of the 6S ceased altogether – Orient introduced another line of chronographs. This time, another variant was utilized, caliber 6S28, which did not feature a power reserve indicator (however it boasted the same roughly 50 hours of running time as the 6S37). 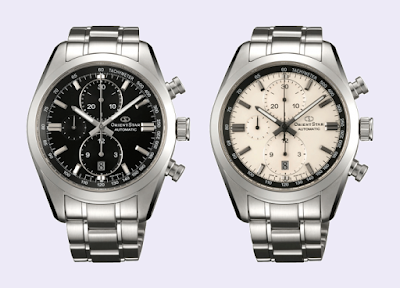 Interestingly, while the price of these was considerably lower in Japanese Yen compared to the DS line, for most of the world this was not felt: that's because the Yen was much stronger in 2012. Possibly, Orient used the simpler variant of the 6S to keep the price down, at least in their local currency.

Then, there were no more. The short-lived DS and DY lines were the only automatic chronographs produced by Orient to date. Which is a shame, as they were truly excellent watches: made to Orient Star's very demanding standards, and driven by one of the best chronograph movements. In fact, most experts would agree these were superior to the current Seiko chronograph caliber 8R.

finding a pre-owned Orient auto chrono today is challenging. They pop up once in a while, and sellers ask for considerable prices – a mint DY can cost more than 2,000 USD, while a mint DS could get higher, and even close to their price when new.

Still, if you like Orient and are into chronographs, these make a fairly interesting proposition: costing about the same as similar spec and age Tag Heuers and Credors, with the DS / DY chronographs you're getting something rarer and, a proper conversation piece.