The History of Orient's Semi-Skeleton Design

The concept of skeleton watches as a way of boasting the mechanical movement inside a wristwatch has probably always been around, and especially so once the Swiss watch industry began to fight back against the new Quartz watches. However, there has always been a conflict between the desire to show the movement, and the equally strong desire to present an impressive, well finished dial, that's also arguably more legible than most skeleton watches.

While one solution was the exhibition case-back, a different design solution was presented in 1994 by the then-young Swiss brand, Frederique Constant. Dubbed "Heartbeat" by the designers, they produced a classic dial and then put a hole in it, at the position of the balance wheel, allowing the owner to enjoy the beating heart of the movement.

Over time, numerous brands picked up the concept and implemented it in their watches, and in October 2003 Orient presented their first semi-skeleton piece, the Orient Star ref. WZ0011FH. 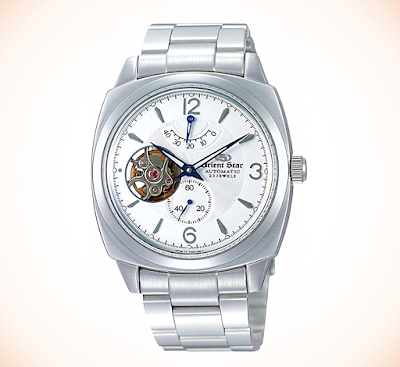 The watch used Caliber No. 46S50, especially designed between 2002-2003 by Orient to serve as a semi-skeleton movement. Priced at 70,000 JPY (less than 700 USD, at the time) it was a great commercial success, which sparked Orient's continued focus on Semi-Skeleton watches – that continues to this day.

As the range of Orient semi-skeleton models grew exponentially (well, not really… but it did grow very much!) it is nearly impossible, as well as futile, to try and list all variations. But let's take a look at a few interesting examples.

In 2007, Orient introduced open-heart Royal Orients running a unique movement, 40Z60. This was very similar to the 46S50, but had an extra jewel (24 instead of 23) and was more finely regulated to +10/-5 seconds per day. Offered in three dial variants, these models were also presented with smaller, ladies' versions, which used the simpler caliber 50A40. The range of these models is presented below, along with their prices in JPY. 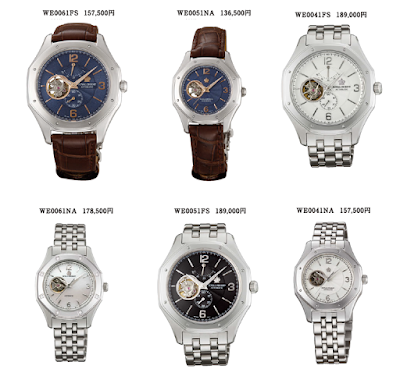 Another interesting range of semi-skeleton watches was introduced by Orient as the "retro-future" collections. Below you can see three such retro-future models from 2008, representing – from left to right -  the "motorcycle", "camera", and "car" collections. Despite the different looks, and exposing a little more than just the round aperture, all three used the same cal. 46S50 as the first Orient semi-skeleton. 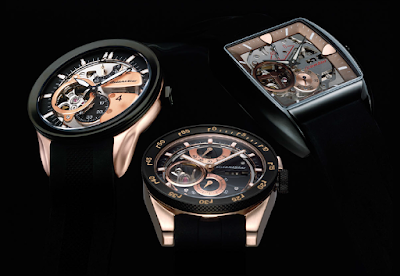 Over time, Orient's use of semi-skeleton architecture expanded in a number of directions. 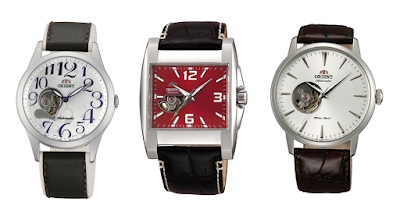 Another direction for expansion, was the extension of the design from the simple "open heart" aperture to more elaborate semi-skeletonized designs. Take for example these interesting pieces: the 2009 WV0061FT, the 2013 nearly-full-skeletonized WZ0081DK and the "speedtech" WV0011DA, and the 2016 WZ0281DK. 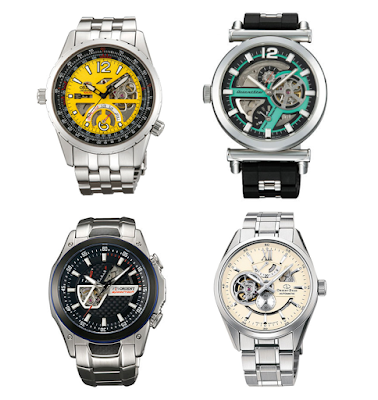 Orient's use, and evolution, of semi-skeleton movements continues. In 2017, the brand launched the Orient Star semi-skeleton moon-phase, which we reviewed earlier this year.  In 2018, caliber F6T22 was introduced, offering a nicer view through the open-heart aperture. Open heart variants were added to such popular models as the Bambino.

As already stated, these were only a few examples of Orient's vast range of semi-skeleton movements – and we barely touched on the brand's current open heart range. Don't worry – you may see this as merely an introduction to the subject. The blog will return to cover Semi-Skeletons in the future.

In fact… a review of one very special open-heart Orient is coming up soon!

All photos in this story were taken from Orient catalogs.