Use of Orient Movements by Other Brands?

Note: some editing and added information following a clarification Email we received today (Feb. 20) from Orient! 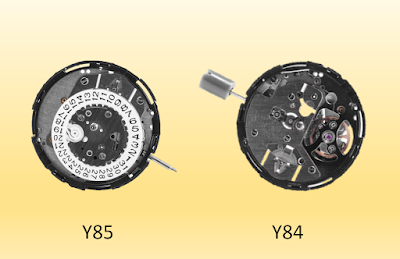 Orient's movements have, for many years, been very much exclusive to Orient's own watches. That is, except of course for movements originating outside of Orient (like the Seiko 6S chronograph movements, or the old Peseux 7001 once used in Royal Orient).

Recently it appeared as though Orient has started to sell movements to other watchmaking companies. We're looking today at two such examples, Vostok Europe and Master Works, where very similar movements were put to use.

Vostok Europe is a Lithuanian manufacturer with distant historical link to the Russian Vostok manufacture. Their current line-up which includes many mechanical pieces at generally affordable prices spans various movement sources, including Swiss and Russian; lately, they began boasting Seiko Epson movements in a number of their models. 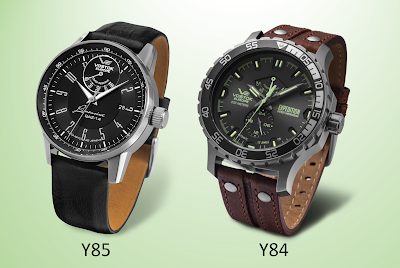 These immediately drew attention as they were not any of the familiar Seiko Instruments (SII) movements, and show a great similarity to Orient movements.

The movement listed as "Seiko Epson Y85" looks very much like the Orient F6N44, 22 Jewel, 40 hour reserve, central seconds and date-wheel movement. Interestingly, the Vostok specs indicate accuracy of -10 / +30 seconds a day, versus the -15 / +25 typically stated by Orient. Being the same 40 seconds range, it seems to be a preference for off-the-shelf regulation geared more towards running fast than slow.

The movement listed as "Seiko Epson Y84" seems to be a bit of a mixed bag, as it carries both features of Orient F6 movements, and a 24-hour display on the dial – a combination I've not seen in current Orients. Could it be a SII (Seiko) movement? Doesn't look like it, as the visible bridge in the open-heart version of it looks just like the F6 bridge (SII open-hearts show a bridge just like the old 46 movements).

Interestingly the exact same movement seems to be driving some models from a lesser known Japanese brand name, "Master Works", although their website does not mention the "Y84" caliber name. It does however mention "Seiko Epson" (not SII or Seiko), just like the VE website, and as neither Seiko (the watches) nor SII / TMI (the movements) are produced under "Seiko Epson" – whereas – it seems these calibers are originating much closer to Orient. 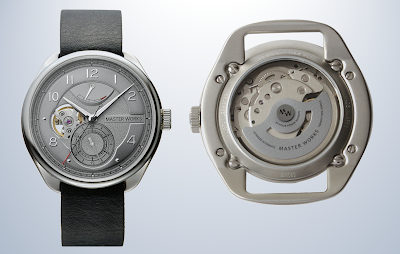 Now, why would Seiko-Epson suddenly start selling these movements? Well, why not. If the manufacturer can get a stable external demand for its movements and thus increase its production volume and get lower per-unit cost, it makes good business sense. And from the point of view of independent brands like Vostok Europe and Master Works, it makes sense as they can obtain good reliable movements which are fairly unique, allowing them to offer more "interesting" designs with power reserve indicators and semi-skeleton dials.

So are these Orient movements, or just close relatives? Well, we got the clarification from Orient earlier today...


First of all, Orient emphasizes that the brand's automatic movements are still exclusive to ORIENT watches.

While the architectural and functional similarities between the movements noted above are real, there are significant differences between the Seiko-Epson Corporation's F6-based movements, and the actual F6 calibers used in Orient watches:


Watch photos taken from the respective brands' websites. The blog thanks Orient - Epson Europe for their contribution and clarification.
Posted by Mr Orient at 07:55