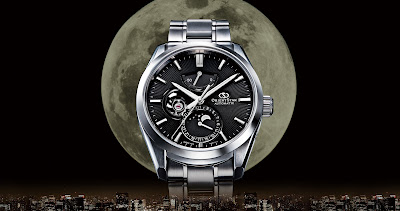 A new model, and a new movement, are being presented today by Orient: the Orient Star Contemporary Mechanical Moon Phase.

Orient first introduced its moon phase complication back in 2017, making it one of the best-priced moon phase watches around – at least considering its quality. The new model introduced today differs in design and in movement.

First, from design perspective, whereas the old model (which is still offered and is not being replaced yet) belongs in the classic line-up, the new watch bears the sharper lines of Orient's contemporary collection: more sporty, less dressy. And judging from initial photos, not any less impressive. 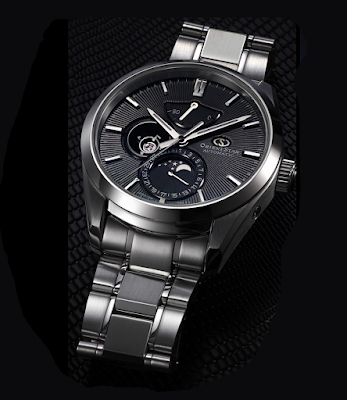 The new case is 41mm wide without the crown, 48.5mm long, and just a tad thinner than the classic version at 13.1mm thick – probably due to the sapphire crystal being flat, and not domed. Lug width is 21mm, as opposed to the classic's 20mm. Water resistance has increased from the dressy 5 atm of the old model, to a more useful 10 atm.

The case-back is see-through, and is also covered by sapphire. An additional nice touch is the crown, which has a ceramic insert bearing the Orient Star logo.

Inside the watch is a new movement, caliber F7M63. It offers 50 hours of power reserve, instead of the old movement's 40 hours, while preserving the claimed accuracy of -5 / +15 seconds, which is the best among current Orient watches. The layout is similar to the old model, with the moon-phase display at 6 o'clock, the power reserve at 12, and the open heart aperture – slightly smaller and more subtle than in the classic version - at 9. 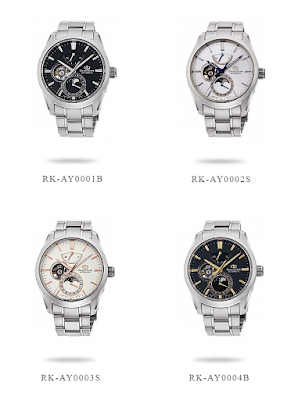 All versions are equally priced at roughly 1,600 USD – same as the classic model – and are due to go on sale starting April 2020.