Tomorrow, April 13, Thai people will be celebrating the national holiday of Songkran, the traditional New Year's day.  So today, the blog would be paying respect to the people of Thailand, and we will be looking at some special Orient watches produced to celebrate the Thai culture and national events. 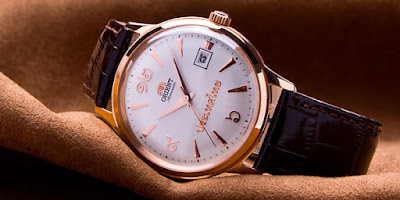 The first thing to keep in mind is the importance of the local language. The Thai take great pride in their unique numerals and alphabet, which are perceived as part of the national identity. Therefore, a key element in watches produced for the local market would be a replacement of Arabic or Roman numerals, with Thai ones. Note in the watches pictured below, that Orient often took the effort of changing numbers not only on the dial but on the date disk as well, as opposed to many other watchmakers that did Thai versions.

Another source of national pride and importance, is the king and the royal family. Thailand is a constitutional monarchy with the current dynasty dating back almost two and half centuries and the kingdom as a whole dating back to the 13th century. Today the king's role might be more symbolic than decades ago, but he is very much revered, and the special occasions of the royal family are still being celebrated widely.

Now, we won't be reviewing all the many limited editions produced by Orient and its local distributors over the years, as there have been quite many. But we can take a look at four interesting examples. 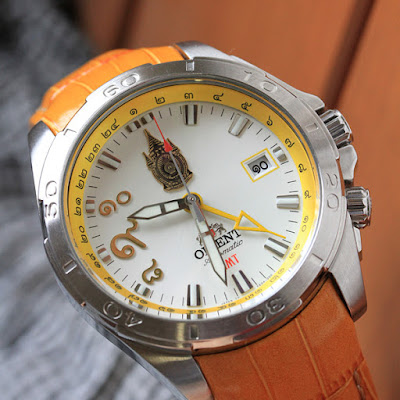 For the king's 80th Birthday, Orient and local distributor Trocadero partnered to release a number of interesting models. These included: 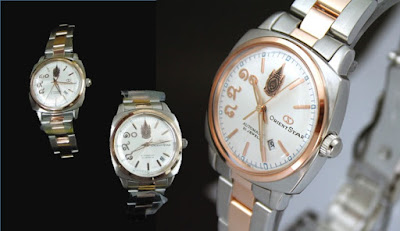 In can be noted that Orient (or their local distributor) took the occasion so seriously, even the serial numbering of the pieces, engraved on the case back, was done in Thai numerals. 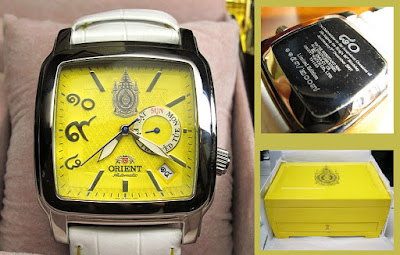 To celebrate the Birthday of HRH Princess Bejaratana (Cousin of King Bhumibol), Orient introduced two limited edition models, practically so rare it is nearly impossible to find any information, references and details about them.

·         An elegant, two-tone Orient automatic. Nothing too unusual there…
·         A very unique, and probably very hard to find, version of the Orient Star Dynamic Re-issue. Now that's a properly royal piece! 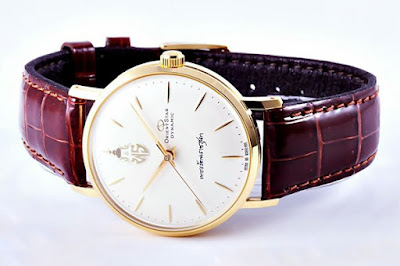 In 2014, Orient produced four "Thailand Limited Editions" of the Bambino, for no particular event other than a celebration of the Thai language and numerals. These special Bambinos includes one rose-gold plated version, one yellow-gold plated version, and two steel models having a white and a black dial. 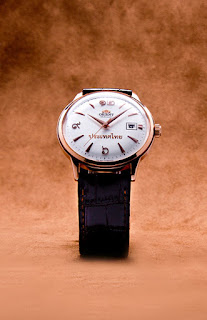 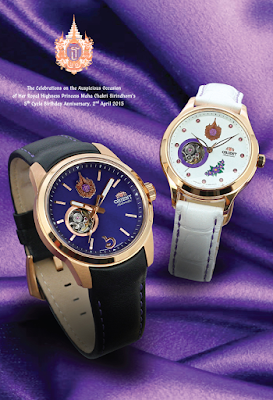 These were only a few examples of the special Orient editions produced for the Thai market. If you are looking to buy any of these rare models, be patient and prepare for a long hunt, as they are quite challenging to find (though possibly some might come up if you search local shops in Thailand).

Some photos and information were taken from official publications by Orient and its former distributor in Thailand, Trocadero. Additional, super-useful and interesting information, was found on this blog