What Is Orient's "Jaguar Focus"?

If you've been following Orient's recent announcements of models celebrating the brand's 70th anniversary, you probably noticed the occasional mention of "Jaguar Focus" when referring to a dial with gradient color, lighter at the center and darker outside.

This term goes back to 1970. At the time, there was a growing movement of colorful watches, and apparently, the management at Orient felt this was becoming "a thing" and decided to put more emphasis on it. The result was a couple of gradient dials, one in a kind of golden-green hue, the other more like greenish-grey, covered by a faceted glass to enhance the effect further. Orient named the style "Jaguar Focus" and launched a marketing campaign around it. 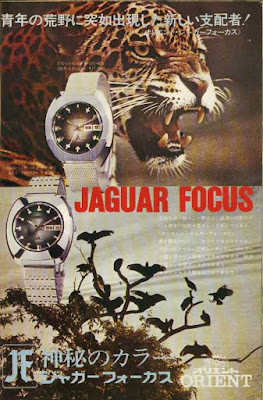 Over the years, Orient returned to this style from time to time, although later on they did not use the term Jaguar Focus. As Orient did adopt a rather colorful approach to their dial design, this became just one more option in the available variety of styles. 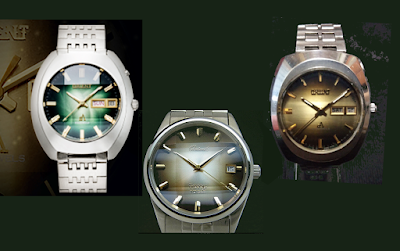 This year, as Orient dug into its archives for some valid legacy assets, the Jaguar Focus was brought back to life not just as a design cue but also as a term. And deservedly so, as it's not just the brand's 70th anniversary, it is also this Jaguar's 50th…

Three new Jaguar Focus models were presented in 2020 – which we've covered before. There were the limited editions of the Weekly Auto Orient King Diver (ref. RN-AA0D14G) limited to 2700 units; the Retro-Future Camera (ref. RN-AR0204G) limited to 2300; and the 200m diver (ref. RN-AC0K05G), limited to 2500. All three feature a similar gradation of the dial color from light golden brown to dark brown, almost black. 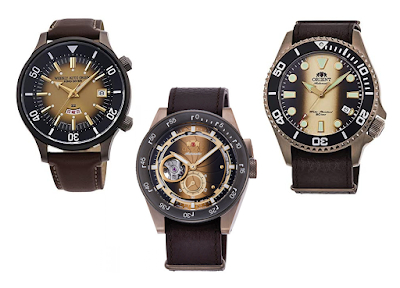 There you go – another piece of Orient history explained! 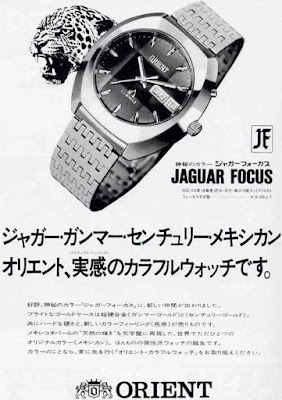