Today, Orient was particularly kind to us… not only did it launch a new model, the "avant-garde skeleton", but it also released a bunch of new references under two existing line-ups, the "Modern Skeleton" and the diver-style sports watch widely known as "Kanno". 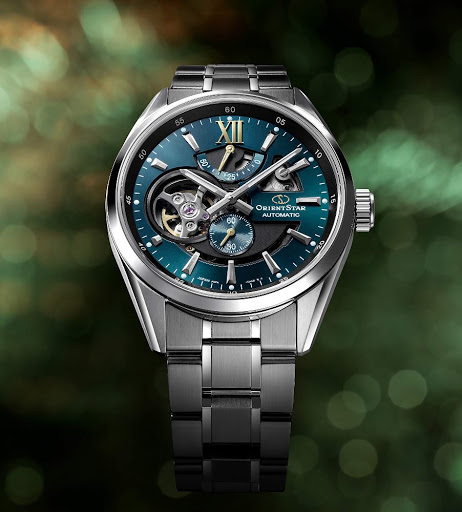 This is one of the more recognizable Orient Star models. Considering its price, it's also proven to be quite popular, thanks to the very high level of finishing (Orient uses the term Zaratsu, just like the famed Grand Seiko polishing technique). Today this is also the Orient Star with the most variations, offering now no less than 13 references – including the three new additions.

Reference RK-AV0113S features a white dial, a stainless steel case and bracelet. Ref. RK-AV0114E is said to have a green dial (looks more like teal in photos) with gold accents, and likewise comes on a bracelet.

RK-AV0115B stands out of the lot, having a bronze-plated case, black bezel, black leather strap, and black dial. Bronze plating has become a thing lately with Orient, it seems – not necessarily a bad thing, as bronze adds gold tones that are more subtle and less glitzy than actual gold PVD. Not sure if this plating actually patinates with time, as solid bronze cases do…

Like all Modern Skeleton versions, these references feature automatic, hand-winding and hacking cal. F6F44 with 50 hours of power reserve, and have a front sapphire crystal and organic-glass caseback. Case width is 41mm, lug-to-lug length is 49mm, thickness is 12mm, and the lug width is 21mm.

Pricing of the new Modern Skeleton versions is similar to the old versions, i.e. around 800 USD, with the bronze-plated version being a little more expensive at 850 USD. 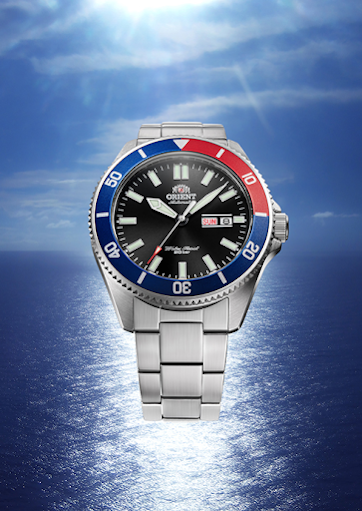 The 44mm Kanno is perhaps a little less popular than its smaller, sapphire-equipped brother Kamasu, but still an important offering from Orient, and it is now added some trendy new colorways.

As opposed to the four references above, which are attached to a steel bracelet, ref. RA-AA0916L comes on a leather strap. It has the same blue dial, blue-orange bezel combination like AA90913L. 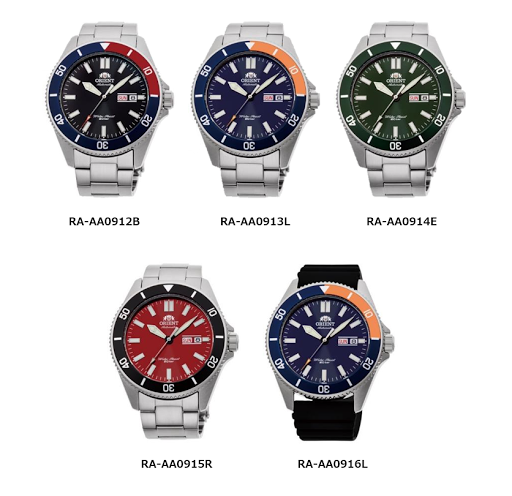 In addition, Orient will be offering two limited editions that would be available in Singapore, Malaysia, Indonesia, Thailand, Vietnam, Cambodia, Philippines, Hong Kong, Taiwan and China. 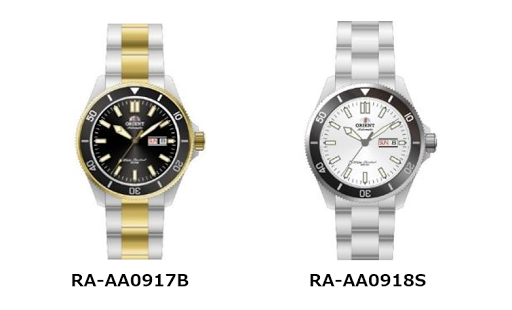 The unlimited editions will be priced same as existing Kannos, i.e. a little over 300 USD. No word on the pricing of the limited editions – we can expect similar price tags, with the two-tone variant being perhaps a little higher.