The Other 8 Beat Orient Movements

More than two years ago, I wrote about the Orient GM. That watch used caliber 26960, an 8-beat (or, 4 Hz) movement that Orient borrowed from Seiko, where it was called caliber 5216A.

Well, it turns out the GM was not the only 8 beat movement ever used by Orient. So today, we'll look at three more examples – one dating back to the late sixties, and two other closely related calibers presented in the 2000's and put to use in Royal Orient models. 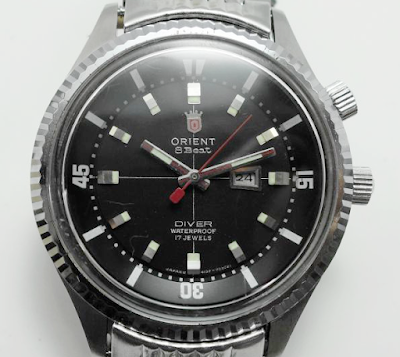 The exact origins of this caliber are very hard to track down. It looks a bit different from other Orient movements of the time, so its design may have been based on some Swiss movement. It was, however, manufactured by Orient in Japan. 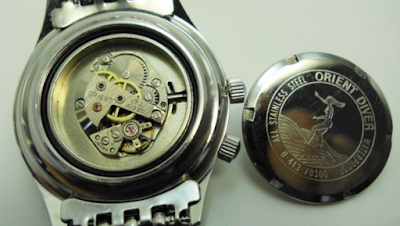 We found this movement in two types of watches from the late sixties and early seventies. First, it was used in a unique dive watch (pictured above), smaller in diameter than Orient's King Divers, which replaced the 1968 "Surfin' Diver". The other type of watch using caliber 41320 was a line of ladies' models, named Orient Lausanne.

Why Orient chose to put a hi-beat movement in watches intended for boys and women, is not clear… it does however hint that the movement was indeed borrowed from an outside source for its small size, and the higher frequency was just a "side effect". 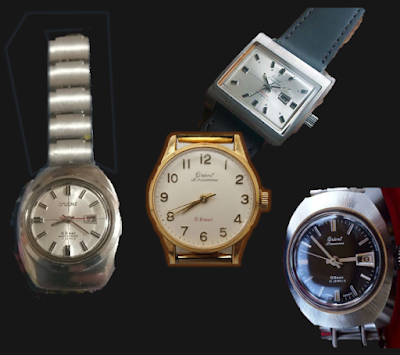 Note that some versions of the Lausanne had a higher jewel count of 21 / 25 stones vs. the basic movement's 17 stones. The higher versions may have been used in more expensive Lausanne references.

Caliber 41320-based watches are quite rare nowadays, but one would occasionally pop up on sale. I did not see any such piece in really good condition recently though. So it is quite difficult to say anything about the quality of these pieces. If any reader has first-hand experience with this caliber, please share your impressions with us (here in comments, or on our Facebook page) – that would be very interesting!

Some three decades passed before Orient returned to hi-beat territory. It was in 2004, at the re-launch of the Royal Orient moniker, that Orient chose to present a new high-end movement developed in-house: caliber 88700. 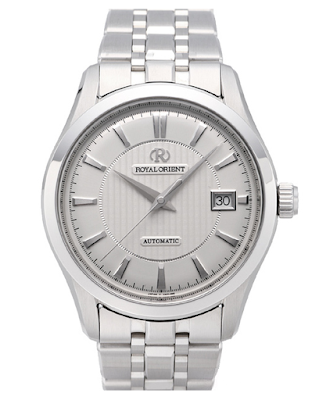 Cal. 88700 featured 30 jewels, 45-hour power reserve, +6/-4 seconds per day accuracy, automatic and hand winding, central seconds, a date wheel, and – yes! – 28,800 beats per hour frequency. That must have made Orient engineers very proud, and the achievement was mentioned in any historical reviews published by Orient ever since. 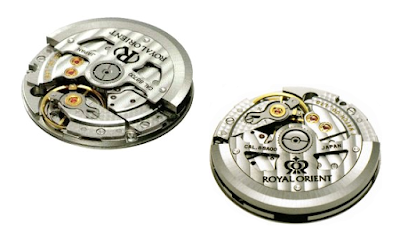 Four years later, in 2008, Orient presented caliber 88A00, which was very similar in design and specs, but with the addition of a power reserve indicator. Two models would be using the 88A00: reference WE0011JB (silver dial) and WE0021JB (black dial). 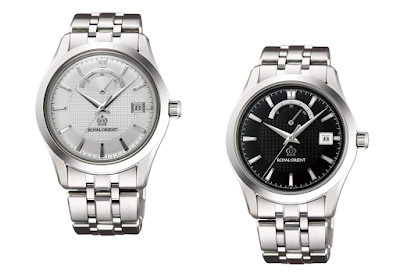 
Photos of Lausanne models and of the 8-beat diver were obtained from various sale ads of pre-owned watches.
Posted by Mr Orient at 07:06