A History of Orient's Use of Power Reserve Indicators

Power Reserve indicators have become a common feature in many Orient watches. It is a mechanical complication that not only adds functionality that is often useful, but can also enhance the appeal of a watch dial, make it more interesting, or visually balance other dial elements such as the date or small seconds.

In this article, we will explore the mechanics of the PR indicator, and the history of its use by Orient. 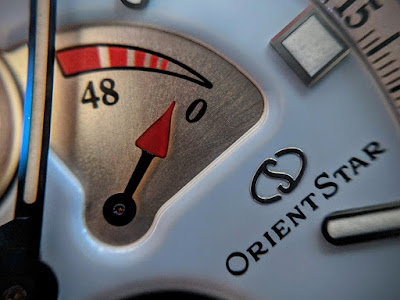 How Does A Power Reserve Indicator Work?

The power reserve indicator was first introduced in a wrist watch by Jaeger LeCoultre, with Caliber 481. Interestingly though, the watch you'd currently see if you visit the Wikipedia page forPower Reserve Indicator, is an Orient (and it wasn't me who put it there, I swear!)

The mechanism itself is not too sophisticated, in comparison to some other watch complications. Without diving into too many technical details, the PR indicator generally provides a measure of how wound the mainspring is. This is done via an additional module that connects to the mainspring barrel.

There are a number of different modules that can produce a PR indication. One popular method is via a differential gear, where the many rounds of winding up (or un-winding, down) are converted through a number of gears to a smaller turning angle, so that one might see the entire range from zero to full winding in something around 90-120 degrees, typically.

Another method is via a differential (i.e. tapering) screw, where the turning of the barrel would cause the screw to move up or down over a small distance, again enabling easy reading of the remaining power.

Orient introduced its first PR indicator-equipped movement in 1996, as caliber 46F. It was initially included in a series of Orient Star models generally known as EW00, with a follow-up series of similar design known as EW01. 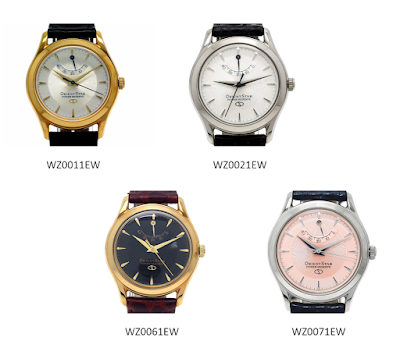 Caliber 46F was a 21-jewel movement, featuring 21,600 vibrations per hour like most Orient movements, and offered a 40-hour power reserve. Its stated accuracy was within +25/-15 seconds per day. It only had automatic winding – so owners could not experience the satisfaction of winding the watch using the crown and watching the power reserve needle go up…

These early models were time-only pieces, and did not include a date or day mechanism. If you are interested in acquiring one of these references, please note they are fairly small, with a case measuring about 35mm across, without the crown. 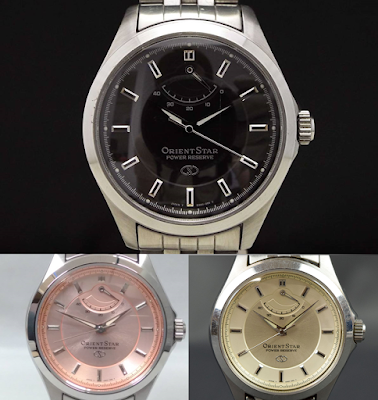 Soon after, Orient followed up and introduced non-Star models containing the same movement and generally very similar features, as the EW03 series. Yes – some of those did feature cathedral hands… this is authentic. 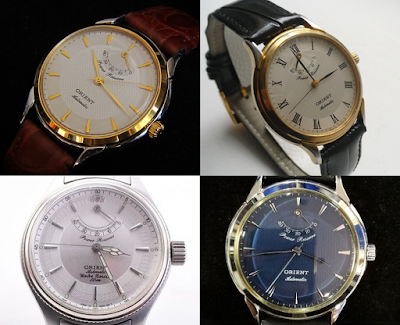 The power reserve indicator quickly became popular, and the brand added more calibers with additional features. Such was caliber 46G, which added a date wheel and in 1997 became the heart of the all-new M-Force. That watch boasted the advantages of its mechanical movement over the then-prevailing quartz movements, and thus highlighted its power reserve indicator. 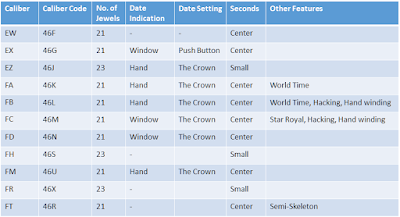 Orient continued to make use of power reserve indicators in later generations of its movements, such as in its series 40 and 48, and more recently in its F6 and F7 series movements. 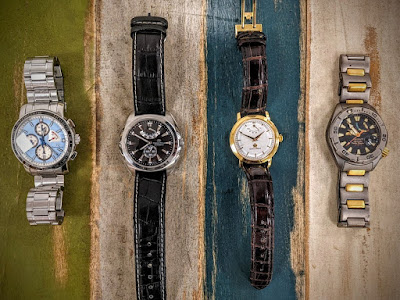 Throughout 2020, Orient faded out the use of PR indicators in regular, non-Star models, and has apparently decided to keep them as a unique feature of its Orient Star line.

Regular Orient models will have to do without this complication we grew so much accustomed to. Even the M-Force, a watch so strongly tied to the essence of the Power Reserve, had to bid the PR indicator farewell in its latest iteration.

With Orient Star, though, it's business as usual. The Power Reserve indicator was at center stage recently as the brand unveiled its latest Skeleton model with the new F8 movement, now offering 70 hours of power.

Photos of EW00, EW01, EW03 series, are taken from old sale ads. Other photography is copyright of Orient Place blog.