Orient Watch Pairs – His and Hers

Holiday season is here, and it's gifting time. And what better gift can we watch fans think of than a pair of watches for him (or you) and her? Luckily Orient has that healthy habit of producing some of its models in pairs, and today we'll be looking at some examples.

The first obvious example is the always-in-fashion Bambino. This is one of Orient's most successful watches, and commonly recognized as one of the best options on the market for a low-cost automatic dress watch that delivers fine quality and lots of charm and elegance.

The Bambino comes in many versions – currently, there's the classic configuration, as well as a small seconds versions and an open heart – all of which share a case diameter of 40.5mm. While some consider this too large for a classic dress watch, it is still a very wearable size for most wrists. Each version of course has a variety of references with different dial colors, case finishes etc.

The perfect match for this model is the 36mm Bambino. We reviewed this model in 2019, and it is a really pretty thing! 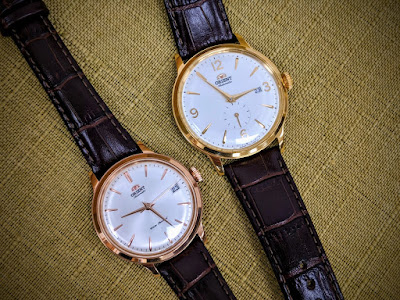 Another decent option for pairing watches is the Sun and Moon. Orient has been producing variations on this theme for years now – you can read a little about the history of this concept here.

Recently, Orient introduced some new versions of both the men's automatic Sun and Moon and the women's quartz version, with cases sized 41.5mm and 34.3mm respectively. The green pair featured here stands out but might be more difficult to acquire, both being limited editions. However, other versions with black, silver, blue, or creme dials, are just as nice. 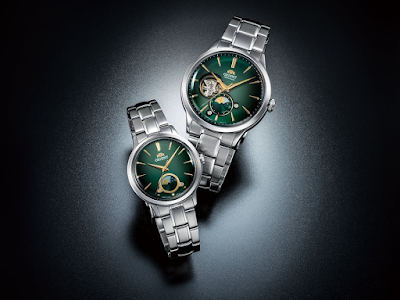 If you're into open-heart watches, here is one more couple of models that could make a nice pair – this time, both belong in the Classic Semi-Skeleton line of the Orient Star sub-brand. The men's version is 40mm wide, while the women's model is a mere 30.5mm. These are available in a variety of other colors as well. 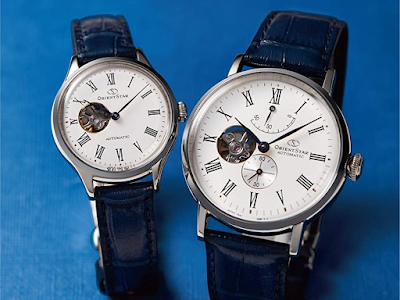 These are gift options that are more difficult to find, and are intended for true die-hard fans of the brand (or of vintage watches).

A good example is this classic pair of Orient Stars that date back to the mid 2000s. while appearing nearly identical, reference WZ0291PF is the larger one at 34mm (which would generally be considered small, and possibly better suited for boys), and WZ0161NR is only 29mm wide. If you can't find these, you might have better luck with other variants of the NR/PF line, which occasionally pop up on eBay and other auction sites. 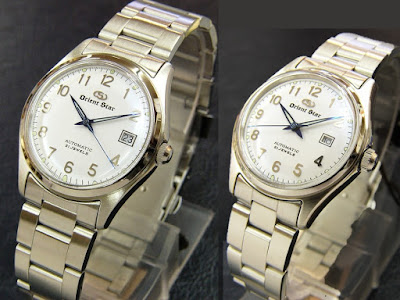 Some other examples for nicely paired quartz models were presented by OrientWatch USA in 2012. Watches of this sort were fairly cheap back then and should be quite inexpensive now, even in NOS or mint condition – that is, if you can source any. 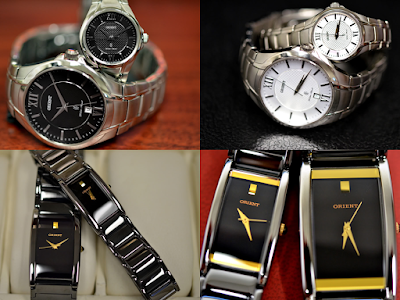 Throughout the 2010s, Orient introduced numerous pair models as part of its "Stylish and Smart" line. Orient would often refer to these as "Duo" models. Here is one such example… 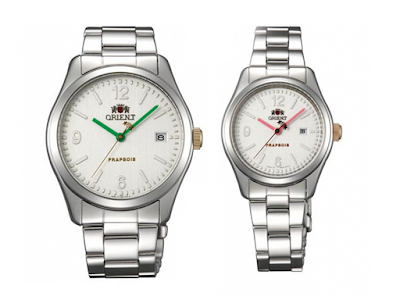 Duo models were also included in the "Disk" family of models, which was introduced in 2011. It should be fairly simple to find pairable models of this family, still. 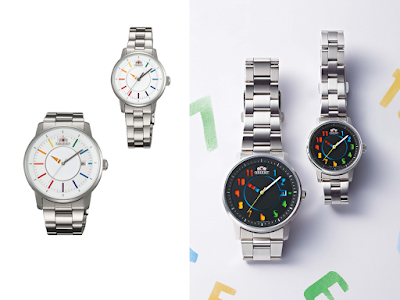 Orient even released such a Duo, a pair of solar-powered quartz watches, under its Daks co-branded product line. 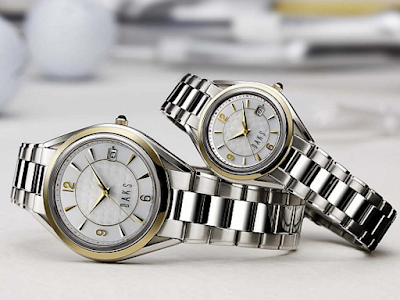 And, in 2015, a few watch-pairs were included in the World Stage collection – this time, powered by automatic movements. 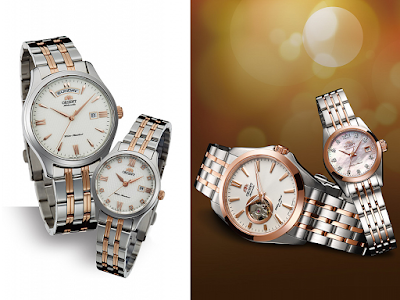 All the above are but a few examples out of many pairing options that you can find in Orient's current and historical range of watches… You're welcome to let us know about more cool pairs you find, here in comments, or on our Facebook page!

The top photo (Bambinos) is copyright of OrientPlace blog. Images of the NR/PF models were taken from Watch Tanaka website. Other images were taken from Orient USA (where noted) and Orient's official press releases and catalogs.