The Adventures of Luminous and Flash

Luminous and Flash? What's this about? Are these the names of the blog author's favorite goldfish? (No, I don't have any goldfish. If I did, they'd be meals for my cats by now). Is this another Marvel / DC Comics crossover movie starring the famed Flash character and not-as-famous Luminous, sister of Quicksilver and Scarlet Witch?

Back in 2010, Orient was busy releasing a whole bunch of models celebrating the 60th anniversary of the brand. Among those watches, there was one rather unusual release: the Fukkoku Series Flash. 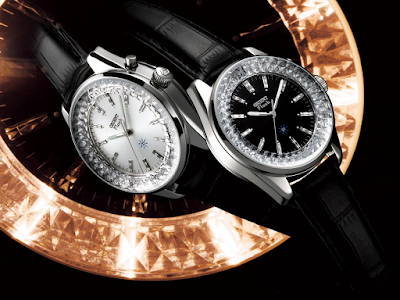 What made this watch special was the combination of mechanics and electrics. The watch was equipped with a mechanical, manual wind movement, a unique variant of the 48 family called cal. 48440. But it also housed a battery. And with the push of a small button, the battery would turn on an LED, lighting up the dial.

Now isn't this cool? I honestly love how that crystalline structure circling the dial spreads refracted light all over the watch face. It just oozes quaint sci-fi esthetics, the sort you'll find in old series like The Time Tunnel and first-generation Star Trek. 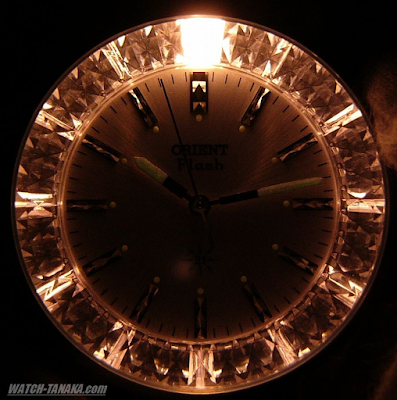 Note that there is also lume paint on the hands and dot hour markers, which the LED light helps charge up.

Two versions of the Flash were released – reference WV0011DL with a black dial, and ref. WV0021DL with a silver dial. Both were 39.5mm wide, 48mm long lug to lug, making them perfectly wearable for most wrist sizes. Now, to make things more interesting, Orient also issued a second series of Flash watches: the "North Star" Flash. Presumably, these were intended for global markets. But these did not just differ in their reference numbers, but were in fact different models – with distinct hour and minute hands, and having "North Star" printed on the dial.

So, you had ref. URL001DL with a black dial; URL002DL with a golden dial; and reference URL003DL with a lighter-colored dial. They were limited to 777 pieces each. 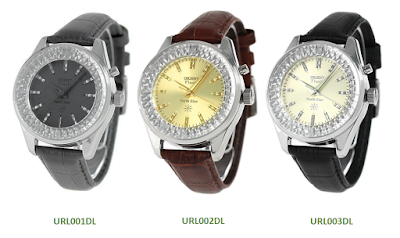 But wait, what was that "Fukkoku Series" tag? Well, Fukkoku was the term used by Orient at the time for its re-issue models – like its 2009 Multi-Year Calendar and King Master. So was there an older Flash watch? There sure was. 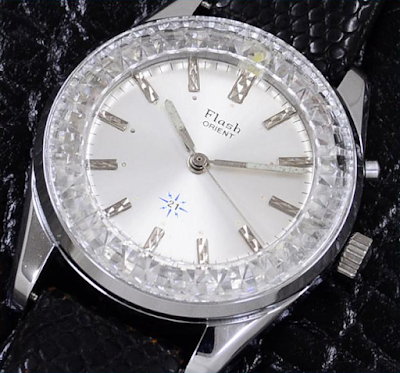 The original Flash was released by Orient in 1964, and production continued one year into 1965, when it became apparent that the low level of waterproofness of the watch did not provide sufficient protection for the battery and electric circuitry, which developed corrosion too quickly. And so, production ended rather quickly. 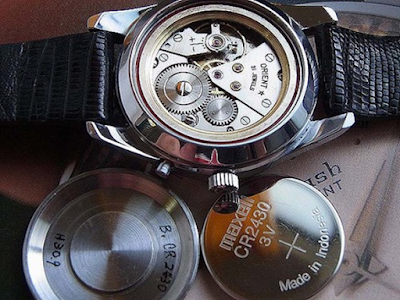 Note just how similar the original Flash was to its direct reprint, the WV0021DL. The vintage model is naturally smaller, being around 37mm wide and 45mm long, but if you see it in photos it looks almost identical to the new model. There's one quick telltale though – can you spot it? 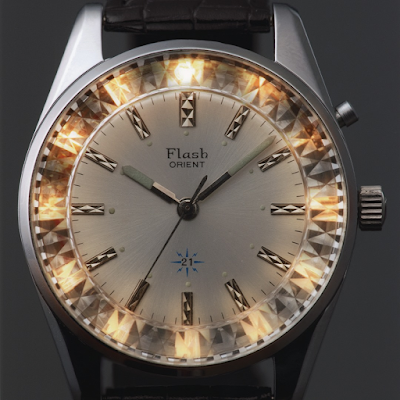 Well if you haven't spotted it: on the original's dial "Flash" is printed above "ORIENT" whereas in the reissue it says "ORIENT" on top and "Flash" just below it.

Similarly, the "North Star" series of Flash re-issues was very similar to the second production run of the vintage Flash in 1965, which featured the same style of hands. 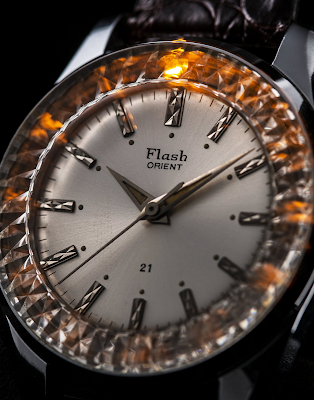 So, have we reached the end of this model's history? Well, not quite. Indeed the 2010 reissue may have helped make the Flash a somewhat familiar name among Orient fans, but in fact this model had an earlier, much less famous ancestor – the "Luminous"! 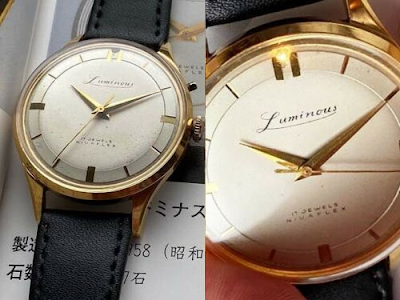 In 1958, six years before the Flash, Orient released the Luminous. This model had a classic 1950s dress-watch design. The small light bulb was hidden at its top, and shed its light through a tiny aperture above the 12 o'clock marker. Its operation was similar to the Flash, with a small push-button at 2 turning on the light.

Why did this model not pick up or at least become viable for reprint? Well, one can only presume it suffered from the same waterproofness issues as the Flash. Plus, the movement used in it (the type "T") was already becoming obsolete and being replaced with the newer caliber "N". The extreme rarity of this model today indicates that either very few were made, or most got corroded and disposed of. 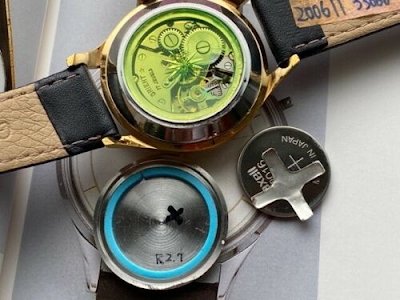 So this is it – the complete history of Orient's mechanical-movement-with-a-battery-and-lighting watches.

Photos in this review were taken from various old Orient publications and sales ads, and from Watch Tanaka website.