The recent release of the Orient SK reissue seems good excuse to look back at some of Orient's other reissues.

A reissue is generally when a (watch) company either brings back to production, or – more often and more likely – produces a new version which is based on, an old model. The extent of the similarity between the old and new versions is up to the manufacturer. Many watch brands have in recent years launched new models that were very closely based on vintage models, typically adjusted to current market expectations such as larger dimensions, improved water resistance, etc. Seiko's recent series of reissues of their classic divers is one well known example.

Watch brands often resort to old designs when they run out of fresh ideas, or simply when the old designs seem to have retained a loyal fan base that is likely to find a modern version appealing. While Orient does not seem to be out of new ideas, they certainly have plenty of old likeable models to resort to as basis for new editions.

Let's look at some examples of such reissues.

Between 2009 and 2010, Orient re-issued a number of models of historical importance, in respect of its 60th anniversary. For instance, there was the multi-year calendar ref. wv0061fx, a very faithful reiteration of an original 1976 model. 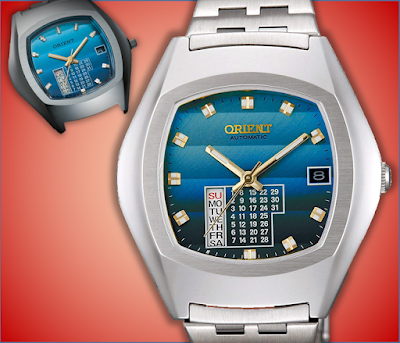 Roundabout the same time they also did a reissue of its famous King Master model of the mid 60s. Curiously, that did not prevent Orient from also reissuing a fairly similar model, the King Diver 21, 5 years later, as the ref. wv0011aa (however they did add one jewel to it, making it a "king diver 22"…) 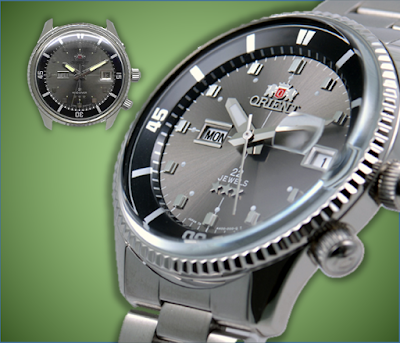 Another very faithful reproduction was of the 1970 Chrono Ace. These were in fact so similar, that to this day I see sale ads presenting pre-owned re-issue models as "vintage chrono ace". Just remember, a quick tell-tale of the newer model are the lume dots, placed below each hour marker. These did not exist in the original. 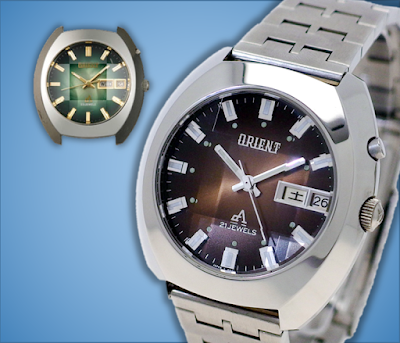 Going back even further in time, the 1950's Orient Star Dynamic received a double dose – a proper reissue in 2005 with "Dynamic" on the dial, ref. wz0011eh, and then in 2011 a whole line of "new vintage" watches that hark back to 1950s designs – most notably, and unmistakably, this ref. wz0051dg, that closely resembled the "tuxedo" version of the old Dynamic. 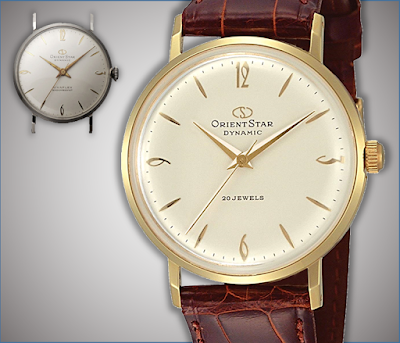 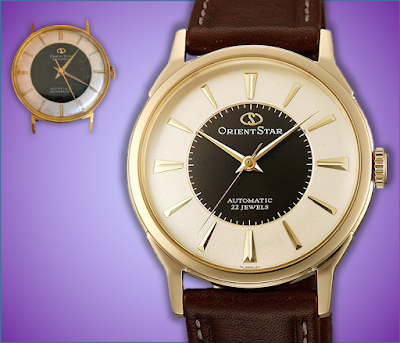 Those were only a handful of examples, many more can be found if one digs deeper into Orient's past models.

Now tell us (in comments below, or on our Facebook page) – what other old models would you like to see Orient go back to and re-issue?

The photos in this post were taken from old Orient catalogs and advertisements.