Now that is some big news! It's been quite a few years since we've seen diver-style watches in the Orient Star line. And considering Orient's ability to produce really good divers on a budget, combined with the familiar quality of Orient Stars – there's much to look forward to with these new models! 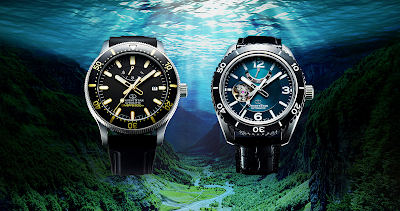 In fact, Orient announced two new diver lines today, one being a classic full dial, and the other – a semi skeleton.

The semi-skeleton line-up looks more attractive and unique, based on the catalog photos. Six versions are introduced, two of which are Prestige Shop limited, and the rest should be widely available. 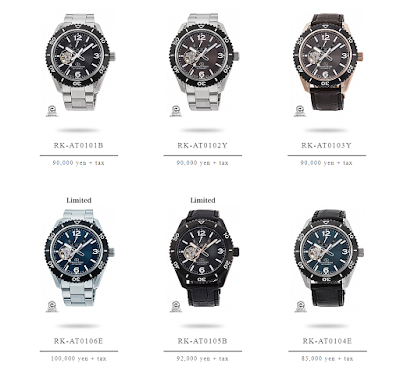 The different versions are in the 800-900 USD range. All of them are stainless steel 43.2mm wide, 49.2mm long lug-to-lug, feature sapphire crystal up front and mineral glass back, and are rated to 200m depth. Some are equipped with a steel bracelet, some – a leather strap, all fitting that Orient-favorite 21mm lug width.

The bezel is steel, and uni-directional. Orient did not mention whether the crown is a screw-down, but most likely it is (like most Orient diver watches). Inside, is the semi-skeletonized caliber F6R42, latest generation movement, with hacking and hand-winding, and as usual – specs are +25/-15 seconds day difference.

The blog's verdict: very well done! At least on paper, that is, until we get to see one in the flesh… the watch seems well proportioned, and specs are decent. Our favorites are those beautiful teal dial models – particularly ref. RK-AT0106E (the one on a bracelet, alas being the limited prestige shop model). The non-limited brown dial RK-AT0102Y is great looking too! 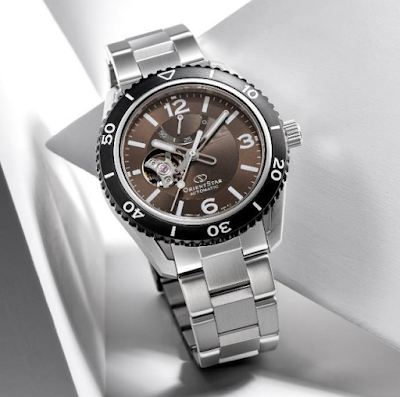 The other model range announced consists of more traditional looking, full-dial watches. These are slightly cheaper than the semi-skeletons, and also a tad larger at 43.6mm wide and 51.1mm long. They do feature the more popular lug width of 22mm.

The movement here is F6N47, with very similar specs to the aforementioned semi-skeleton counterpart. Here the case-back is solid, so you won't be able to view it from either the front or the back… 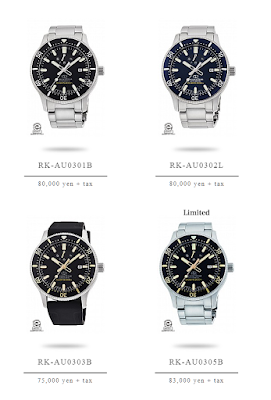 The best deal here is probably (again) the Prestige Shop model, which while costing a little extra does come with both a steel bracelet and a silicon strap – hopefully it is of good quality, as it does have a very bland appearance.

The blog's verdict: hmm… we'd have to see some more real life photos of these divers, but they seem a lot more generic and less, well, Orient-ish than the semi-skeleton ones. These are probably addressing more mainstream buyers.