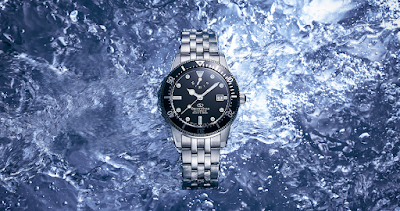 What we're now getting is a proper, ISO-6425 compliant dive watch, with a 200m water resistance. As such it has improved visibility over the original, with an extra lume-pip on the bezel and at 3, and an extended minute scale on the bezel.

The new diver also differs from the original in its power-reserve indicator and the Orient Star designation; it does however borrow plenty of design cues from the 1964 version, such as the uniquely shaped hands, and the overall styling of the case and dial. 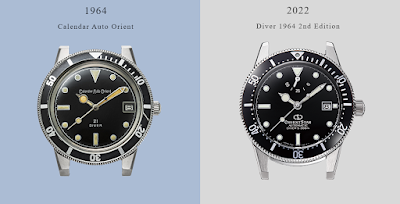 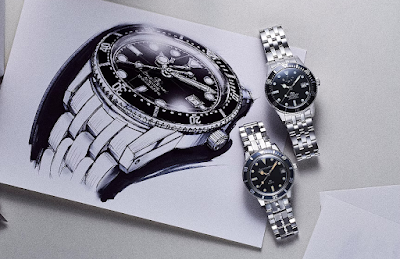 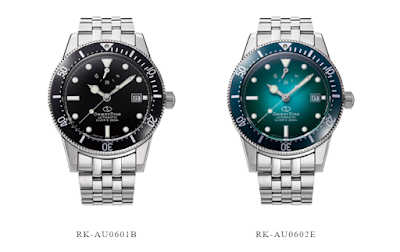 Other than dial color, both versions share the same specs: case dimensions are similar to the "first edition" re-issue, measuring 41mm across (40.2mm without the bezel), 49.6mm lug to lug, 14.5mm thick, and 20mm lug width.

The case and bezel are stainless steel, with an aluminum bezel insert, and a slightly domed, AR-coated sapphire crystal. As you may expect from a diver's watch, the bezel is unidirectional, and the crown is of the screw-down type. 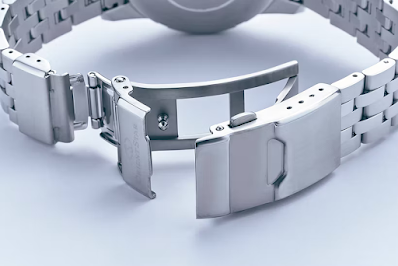 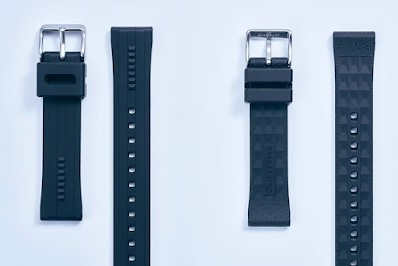 The Diver 1964 2nd edition comes with both a steel bracelet, featuring a divers' extension, and a diver-style rubber band. On its bracelet, the total weight of the watch is 175g.

The watch is powered by Orient's in-house automatic caliber F6N47, having a 50-hour power reserve, and accurate within +25/-15 seconds per day. 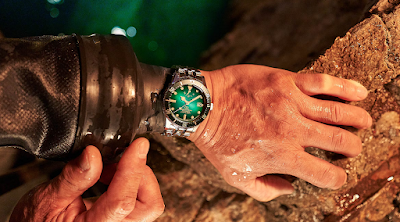 Unlike the "first edition" which was limited to 500 units, the new model's production will be unlimited. When the watch goes on sale in July, both versions will be officially priced at around 1,150 USD.