Or is it…? Some transcriptions of the Japanese name (that does not show on the watch itself) call this the Speed Dater – which sort of makes sense. So which is it? 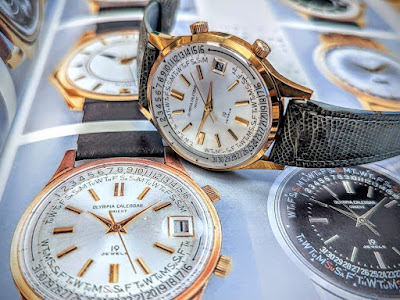 First, let's look at the watch itself. This is a wonderful specimen from the mid-1960s, practically a new old stock (or near NOS). It arrived with an original leather strap and buckle, which I have removed and kept safe as soon as I finished taking photos.

Mechanically, it runs on a base L-type movement that is typical to Olympia models, specifically the LC caliber. The LC here is the same 19 jewel variant as on my Calendar Swimmer, featuring a date wheel, sweet hand-winding action, and excellent long-term reliability. 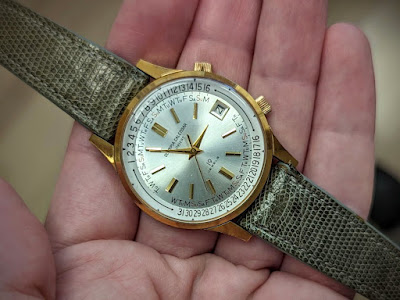 What makes this model unique and gives it its name (whatever that name may be) is the rotating bezel. Here you have the dates printed on the bezel, and using the crown at 2 the wearer may align the dates against the day of the week. Do it once at the beginning of the month, and then for the remainder of the month you can quickly check what day every date is.

It was this cool concept that soon after gave birth to the even more sophisticated configuration of the Multi-Year Calendar. 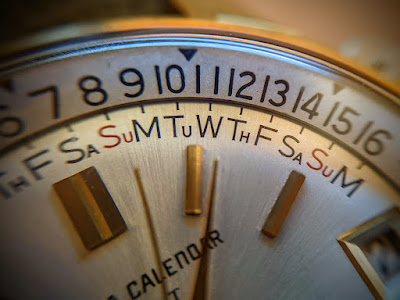 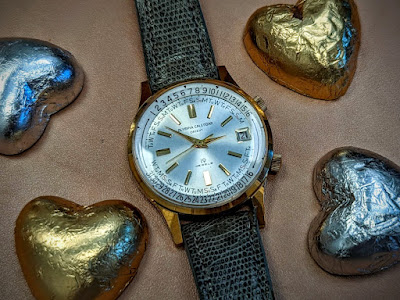 With this functionality in mind, it is hard to tell whether the original name was Speed Data or Speed Dater. While the latter makes more sense, it shows up in fewer sources. So we'll just stick with the more common name.

By the way, the modern term "speed dating" for a quick matchmaking process was only coined in the 1990s, so it would not be on the mind of anyone naming watches thirty years earlier.

Two versions of the Olympia Speed Data were produced – a stainless steel version with a black dial, and a gold-filled model like the one at hand, with a silver dial. 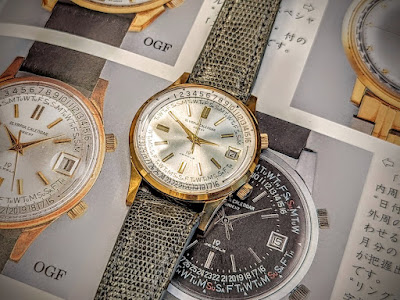 Note that the black dial version has the weekdays on the rotating bezel, and the dates printed on the dial. Don't ask me why… The operation and usability is exactly the same either way.

Functionality aside, wearing a watch like this, that's hardly been touched since its production, is a joy. Gold-filled watches age much better than gold-plated ones, as the coating is much thicker, and so the un-polished case and lugs here are bright, sharp and sparkly. The glitter is further enhanced by the shiny golden markers and hands. 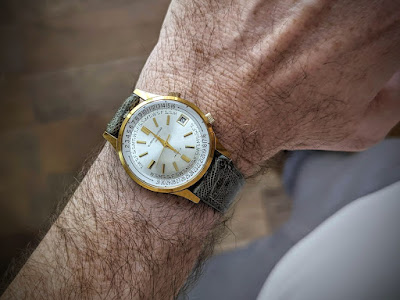 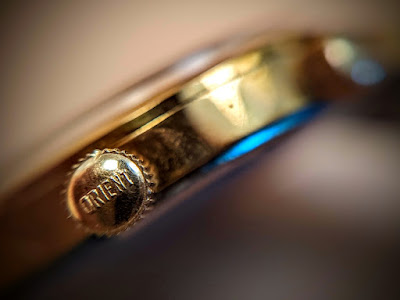 The case is 37mm wide without the crown, and 45mm long lug to lug. It is larger than the Olympia Swimmer then, but looks smaller; It was the case-within-case construction that probably made the Swimmer seem bigger.

Small or big, the Speed Data looks very elegant and dressy. It is quite thin, around 9.5mm, despite the box crystal that adds around 2mm to its height. 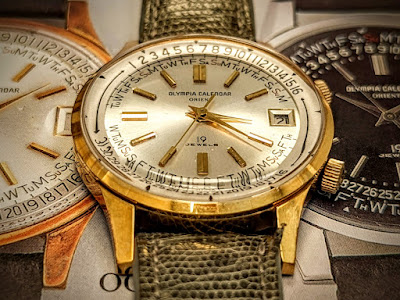 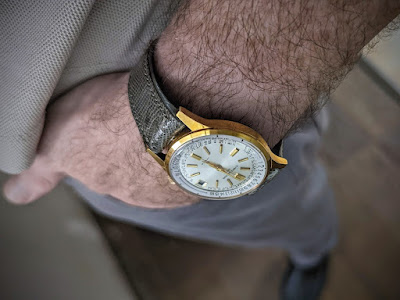 So there you have it, another fine example of Orient watchmaking history that wears and runs like new almost 60 years after it left the factory.

Asking prices for rare Orients are hard to establish and have a very high variance. And this model is quite rare. I've seen some Speed Data listed at over 1,000 USD; however, I was able to buy this one, being in as good a condition as you're ever likely to find, for less than 500. Good deals are out there, and you just need to keep an eye out. 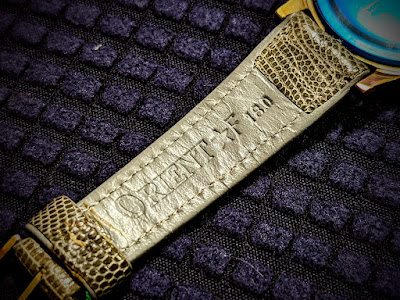 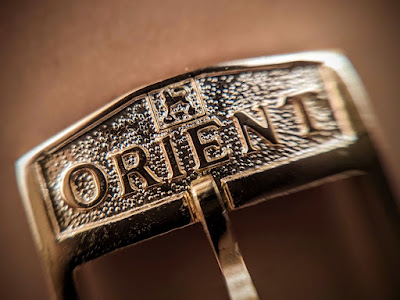