The tonneau (French for "barrel") is a classic shape of watch cases, often favored by high-end watch makers like Cartier, Richard Mille, Franck Muller to name but a few. While not the most common among Orient watches, the Japanese brand did occasionally produce tonneau-cased watches, including some that really feature stand-out design.

Note that while the barrel case may be seen as a close relative of the cushion-case, they are quite distinct in their overall shape and particularly, how they sit on the wrist. And for Orient, while the brand usually preferred to keep their cushion-cased models elegant and restrained, their Tonneau watches were often quite funky – and here are some nice examples… 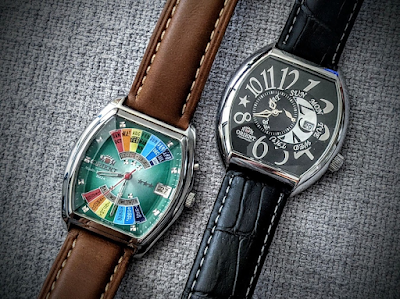 A good example of some really cool design can be seen in the EZAD family of Orients. These were fairly large, as barrel cases go, at 42mm wide, providing serious wrist presence.

As with all "EZ" Orients, the movement here is caliber 46J, featuring a power reserve and sub-dials for the date and small seconds. It's a good set of indicators (or "complications", if you will) which Orient took advantage of in producing a fairly elaborate dial-design with plenty of depth. 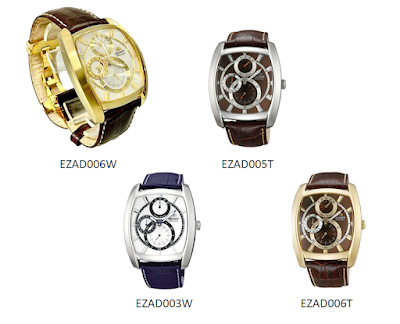 A much more subtle implementation of the tonneau case exists in the EVAA family. These are dressier models measuring no more than 32mm in width (which is about the same as a 35-36mm round case, in terms of metal-on-wrist).

The "EV" here is an indication of caliber 46E, whose main feature is that fancy full-text day wheel. Yes the same movement that also stars in Orient's much sought-after "Day-Date" Rolex Lookalikes. 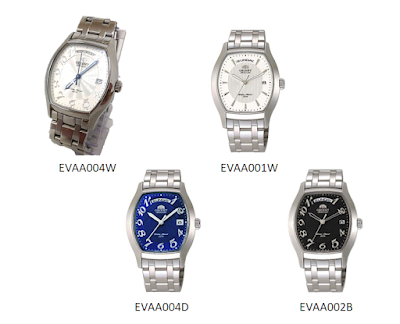 Another fine example of Orient's use of tonneau cases is this small family of "FAAA" models. The movement here is caliber 46K – the same that drives the WZ0091FA world timer reviewed on the blog in the past. Except that here it is mounted top-down… hence the crown at 9, and the power reserve at 6.

The size of these is a reasonable 39mm wide. The design, again, gives special care to each and every dial element, producing depth (particularly the black and white version) and, no doubt, some seriously pretty watches (I'd say, mainly that blue variant). 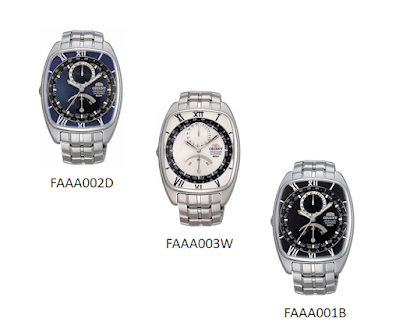 One last example for today, would be the "EJ" line of Orient Stars, which included a few really nice barrel-cased references.

These featured well-polished 38mm wide cases, and the push-button at 2, a familiar sign of the "EJ" line (that used the older caliber 40G) used to set the date. No funky sub-dials here, but just very elegant sun-burst dials. 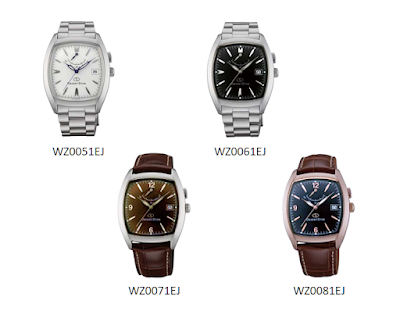 So… a cool bunch of barrels there, isn't? These are of course only a small selection of models from Orient's vast range of tonneau-cased watches. And on our next blog post, we'll review one other specimen, from my personal collection.

Model group photos in this post were taken from various Orient catalogs and ads. The top photo is copyright of the blog.